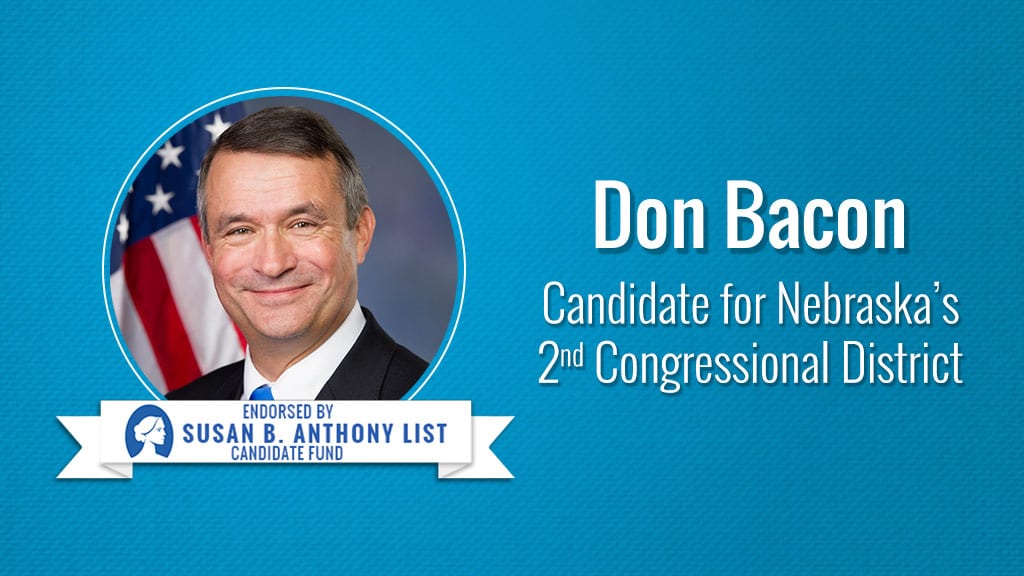 “As a longtime serviceman, Congressman Bacon knows that the foundational right to life makes America special and is worth defending,” said the Honorable Marilyn Musgrave, SBA List’s Vice President of Government Affairs. “In Congress, he has cosponsored legislation to stop late-term abortions and to protect babies who survive failed abortions, earning him an ‘A’ on our National Pro-Life Scorecard for steadfast leadership. In contrast, his opponent Kara Eastman is backed by radical abortion groups that promote abortion on demand through birth, paid for by taxpayers – an agenda that is dramatically out of step with Nebraskan values. Congressman Bacon has defeated her before and will do so again, with the strong support of pro-life voters. We are proud to endorse Congressman Bacon and encourage his constituents to send him to Washington once again to fight Pelosi’s dangerous agenda.”

Bacon is a former United States Air Force Brigadier General, serving from 1985-2014. During his service, he received the Distinguished Service Medal, two Legion of Merit awards, two Bronze Stars, and was selected as Europe’s top Air Force wing commander in 2009. He and his wife Angie and their four children live in Papillion, Nebraska.