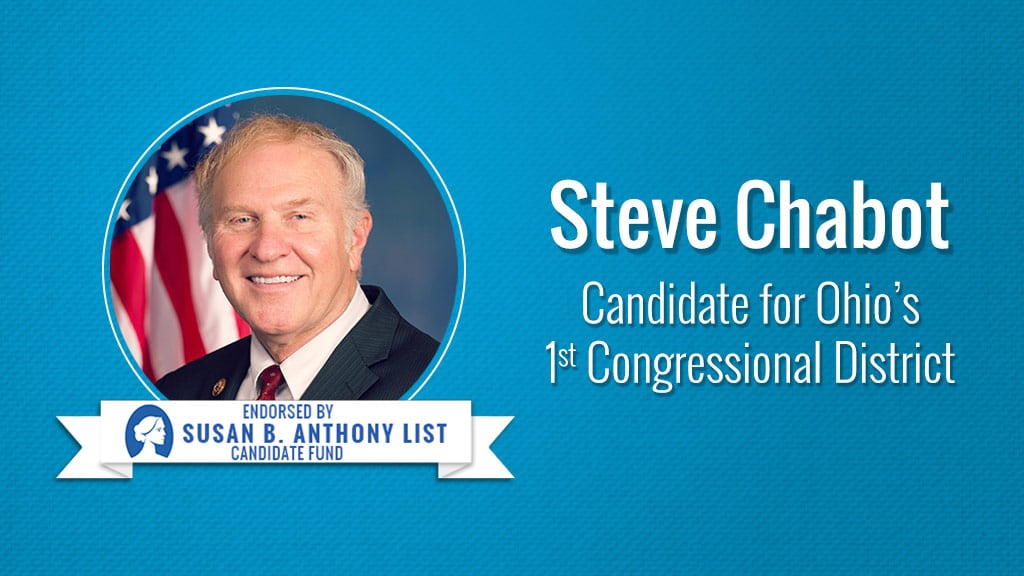 “Congressman Steve Chabot is an unwavering champion for the unborn and we are proud to endorse him,” said the Honorable Marilyn Musgrave, SBA List’s Vice President of Government Affairs. “Rep. Chabot has consistently led the fight to end late-term abortion, protect babies who survive failed abortions, stop the expansion of dangerous chemical abortion drugs, and more – a record of leadership reflected in his ‘A’ rating on our National Pro-Life Scorecard. His opponent Kate Schroder is an extremist backed by radical groups that lobby for abortion on demand through birth, paid for by taxpayers. She is dramatically out of step with the values of the Buckeye State. We encourage pro-life Ohioans to take a stand against the Pelosi agenda and re-elect Congressman Chabot.”

Chabot and his wife, Donna, live in Cincinnati and have two children and two grandchildren.