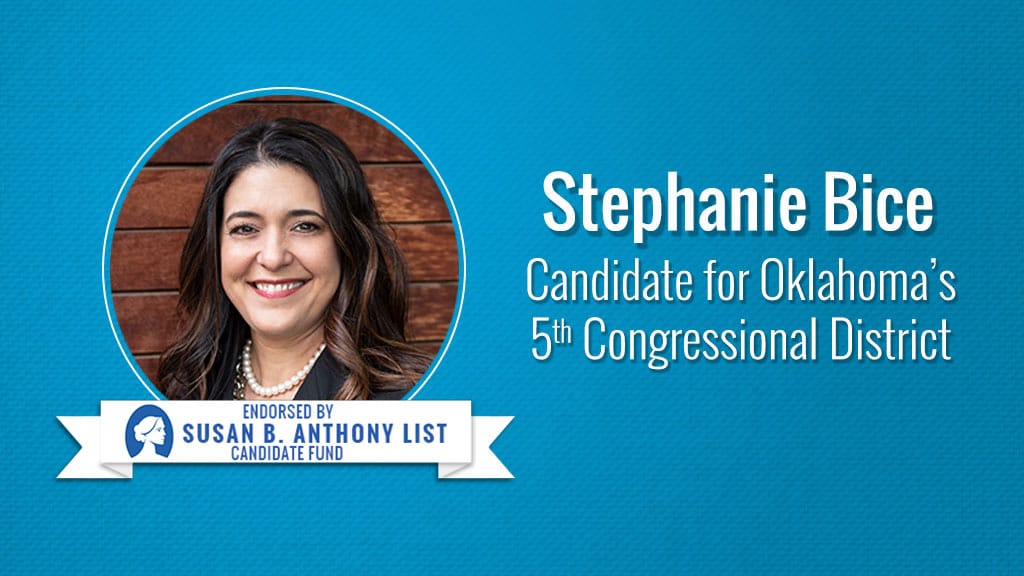 “Stephanie Bice exemplifies the pro-life, pro-woman leadership our organization exists to promote,” said the Honorable Marilyn Musgrave, SBA List’s vice president of government affairs. “As a state senator, Stephanie has maintained a 100% pro-life voting record. Her faith and experiences as a mother have instilled in her a compassion for unborn children that is greatly needed in Congress today. She stands in stark contrast to her opponent Kendra Horn, who is backed by radical pro-abortion lobby groups like NARAL and Planned Parenthood and consistently votes against efforts to protect the unborn – giving her an ‘F’ rating on our National Pro-Life Scorecard. Stephanie will stand up for Oklahoma’s pro-life values and be a voice for the voiceless in Washington.”

Sen. Bice is a fourth generation Oklahoman. Elected to the Oklahoma Senate in 2014, she served for two years as assistant majority floor leader and is chair of the Senate Finance Committee. She has mentored young Republican women as a member of the Governing Institute’s Women in Government Leadership Program. Stephanie and her husband have two daughters and are active members of St. Eugene Catholic Church in Oklahoma City.