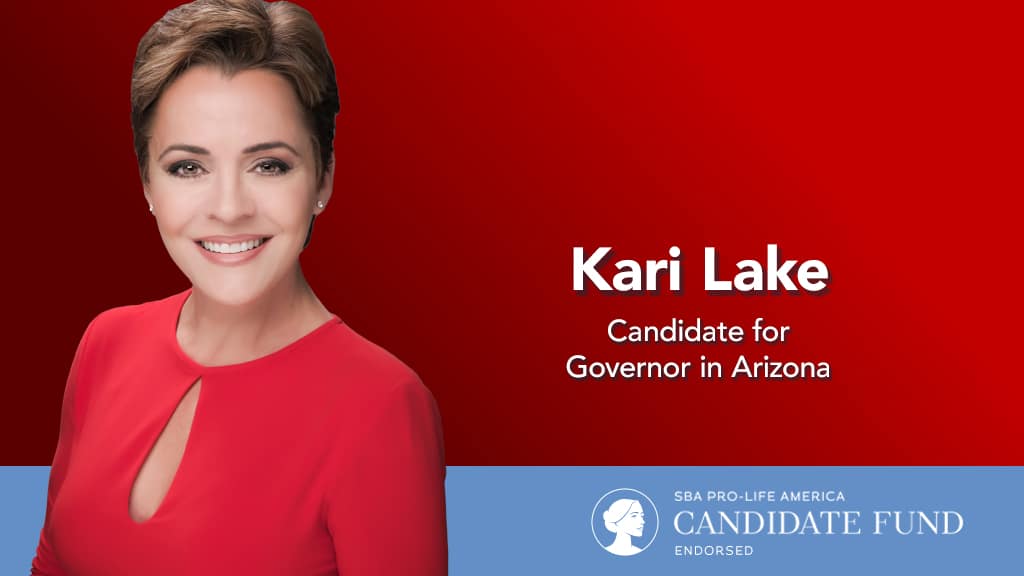 Pro-Life Ground Team Has Visited the Homes of 600,000+ AZ Voters to Expose Democrats’ Agenda of Abortion on Demand Until Birth

“Kari Lake is a fearless champion for life who will bring compassion to the governor’s office while fighting fiercely for Arizonans,” said SBA Pro-Life America President Marjorie Dannenfelser. “A mother of two, Kari’s heart for mothers and children – born and unborn – and her love of Arizona and its people truly shine. She has never shied away from taking the fight to her opponent Katie Hobbs, who stands with the radical abortion lobby and promises to veto any commonsense protections for unborn children and their mothers. Shamefully, Hobbs even exploits the tragedy of miscarriage – spreading fear and misinformation to promote an agenda of abortion on demand, paid for by taxpayers, up until the moment of birth. Kari Lake embodies the strong pro-life, pro-woman leadership Arizonans deserve in their governor and we’re proud to work towards her victory this November.

“The contrast couldn’t be clearer. Pro-abortion Democrats like Katie Hobbs, Mark Kelly and others can’t name a single limit on abortion they support. Our ground team has visited the homes of more than 600,000 voters in Arizona to expose their extremism which the majority of Americans strongly reject.”

Women Speak Out PAC, a partner of SBA Pro-Life America, has boots on the ground in Arizona and has visited more than 600,000 homes to educate voters on the Democrats’ pro-abortion extremism. This election cycle, SBA Pro-Life America and its entities plan to spend $78 million. This includes reaching eight million voters across battleground states – four million directly at their doors – to elect pro-life leaders across America and in D.C.