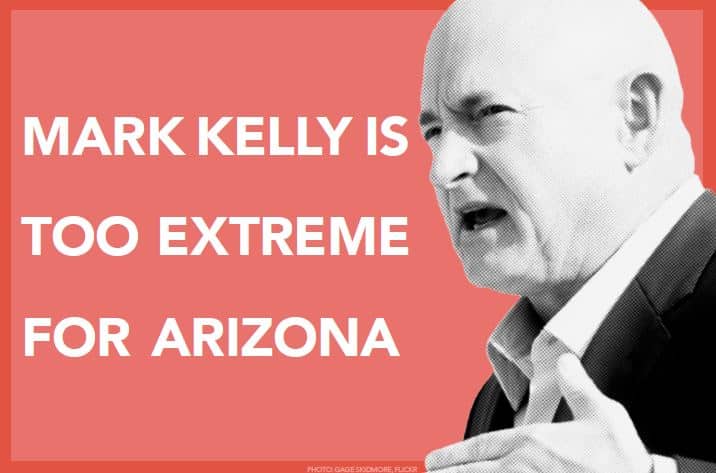 Washington, D.C. – This afternoon during the budget resolution process known as “vote-a-rama,” Arizona’s U.S. Senator Mark Kelly (D) voted against support for the longstanding Hyde Amendment, bipartisan, popular policy to stop taxpayer funding of abortion on demand. Senator Kelly also voted against amendments supporting the Pain-Capable Unborn Child Protection Act, which would limit late abortions past the point when science proves babies can feel pain, and the Protecting Individuals With Down Syndrome Act, which stops discriminatory abortions based on a diagnosis of Down syndrome.

Earlier this year, Senator Kelly voted against an amendment supporting the Born-Alive Abortion Survivors Protection Act, legislation to provide medical care to babies born during botched abortions. The vast majority of Americans believe babies born-alive during failed abortions should be protected under the law.

“Mark Kelly’s votes today prove yet again he is too extreme for Arizona, one of the nation’s most pro-life states,” said SBA List president Marjorie Dannenfelser. “While most Americans oppose taxpayer funding for abortion on demand, abhor the violence of painful, late abortions, and reject the eugenic practice of abortion based on a Down-syndrome diagnosis, Senator Kelly has no problem ignoring his constituents to vote in lock-step with the abortion industry. His votes against the Hyde Amendment, the Pain-Capable Unborn Child Protection Act, and the Protecting Individuals with Down Syndrome Act will haunt him at the ballot box next fall. Our Field Team is already on the ground in Arizona to ensure voters are aware of his extremism.”

The Hyde Amendment stops taxpayer funding of abortion on demand. Last month, the Pelosi-led House of Representatives passed a federal budget for FY22 that, for the first time in decades, did not include the Hyde Amendment. Over the past four decades, the Hyde Amendment has saved over 2.4 million lives. SBA List has launched a six-figure digital ad campaign exposing the pro-abortion extremism of Democrats for their opposition to Hyde. The campaign targets Senators Warnock and Kelly, as well as vulnerable House Democrats up for re-election next year in competitive districts.

The Pain-Capable Unborn Child Protection Act, introduced by Lindsey Graham (R-SC), would limit abortions at a point by which unborn babies can feel pain. A growing body of scientific evidence proves that babies can feel pain by at least 20 weeks, if not earlier in pregnancy. The United States joins China & North Korea in permitting these painful abortions, which are banned in almost all European nations.

The Protecting Individuals with Down Syndrome Act, introduced by Senator Jim Inhofe (R-OK), prohibits lethal discrimination abortions due to a diagnosis of Down syndrome. Polling shows that 70% of Americans, including the majority of Democrat and Independent voters, oppose abortion based on the fact that an unborn child may have Down syndrome.