“This ad does not violate Facebook’s policies and should never have been disapproved. We’re sorry for this mistake – the ad has been restored and is now running on Facebook.”

Just a couple hours later however, SBA List was notified that a similar ad running in Montana was also censored.

“We are days away from the midterm elections and Facebook once again is censoring our message – this time in the battleground state of Montana. This is the sixth time this month that Susan B. Anthony List and our partners have had an ad campaign shut down. Our pro-life message is constantly under threat by Facebook which, despite the promises of COO Sheryl Sandberg, has created a hostile environment for pro-lifers to advertise in.

“Which ads of Planned Parenthood’s has Facebook denied? Which pro-abortion candidates have they censored? Facebook is a communications tool through which both sides are working to engage and turn out voters but now Facebook is not even bothering to hide their bias.”

Last week SBA List’s “Charlotte” and “Micah” videos were similarly censored in Iowa and Arizona. In October 2017, Marsha Blackburn’s video announcing her campaign was banned by Twitter for mentioning her pro-life efforts.

“After Twitter shamefully stifled Marsha Blackburn’s pro-life free speech last year, Sheryl Sandbergpromised Facebook would never do the same, even if she personally disagreed with it. That’s proven to be an empty promise. SBA List has faced repeated censorship over the last few weeks and now our ad supporting Marsha Blackburn has been disapproved, even after more than 90,000 had viewed it,” said Marjorie Dannenfelser, president of Susan B. Anthony List. “Facebook must immediately stop its censorship of pro-life speech. All the information presented in our ads has been factual, if surprising, to those unwilling to face the reality of pro-abortion extremism. Facebook is censoring the truth and political free speech.” 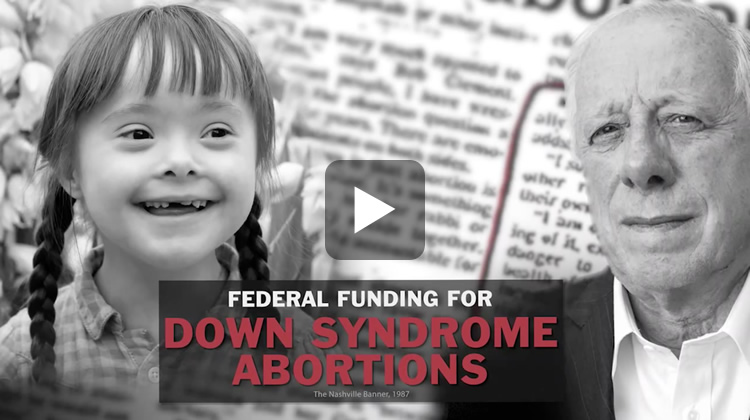 Susan B. Anthony List and its partner super PAC, Women Speak Out spent more than $18 million in the 2016 election cycle, knocking on more than 1.1 million doors in battleground states to defeat Hillary Clinton and maintain a pro-life Senate. SBA List is dedicated to pursuing policies and electing candidates who will reduce and ultimately end abortion. To that end, SBA List emphasizes the education, promotion, mobilization, and election of pro-life women. SBA List is a network of more than 700,000 pro-life Americans nationwide.