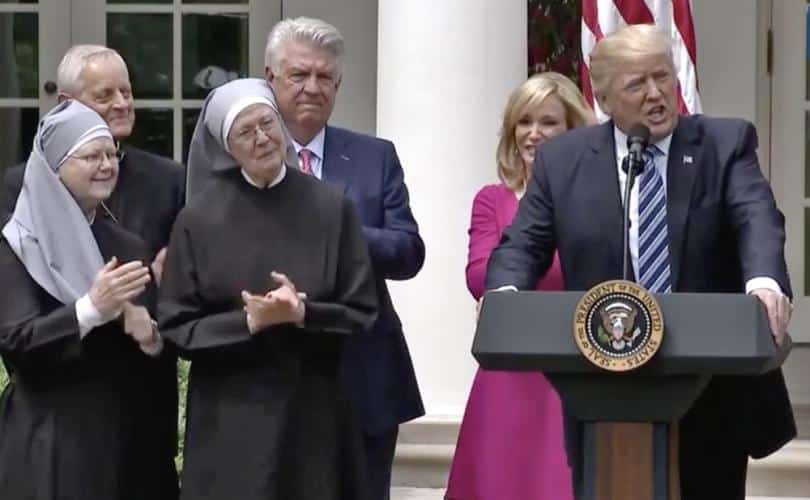 “Today is a major victory for President Trump, who has courageously fought to protect the Little Sisters of the Poor from the Obama-Biden HHS abortifacient mandate,” said SBA List President Marjorie Dannenfelser. “We hope today’s victory at the Supreme Court will finally allow the Little Sisters to carry out their mission to love and serve the elderly poor without having to violate their conscience. The Sisters, along with other religious and moral objectors who conscientiously object to abortion, should never be forced to go against their consciences to provide abortion-inducing drugs in their health care plans. We commend President Trump for standing strong for the Little Sisters of the Poor – his record stands in stark contrast to that of Joe Biden, who helped launch this assault as Obama’s vice president nearly a decade ago.”

“The Sisters have been fighting for the right to exercise their religious freedom without penalty for seven years now – we’re pleased that the Court has once again ruled in their favor. The government does not need the Sisters to provide women with dangerous drugs that lead to the destruction of innocent human life. It is a relief that the Sisters will no longer have to divert precious time and resources to these incessant court battles, and we are united with them in celebrating this victory.”