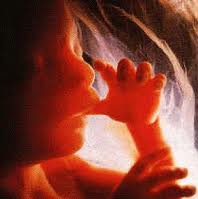 Four years ago today, the U.S. Supreme Court issued a ruling on Gonzales v. Carhart, which affirmed the constitutionality of the Partial Birth Abortion Act passed in 2003 by the U. S. Congress.

The text of the Partial Birth Abortion Act as well as the legal history of Gonzales v. Carhart are both available online. (Warning: Both texts are fairly detailed and discuss this gruesome procedure extensively and with great clarity.)

In summary, the Supreme Court upheld the law as passed by Congress, which in similar iterations had also been passed in 27 states (i.e. a majority of states), negating claims that the law placed undue burdens on women seeking late-term abortions.

We give thanks today in remembrance of this historic occasion in which our elected representatives and our judicial system – inspired and informed by those who tirelessly advocated for Life – brought an end to the barbaric medical procedure in which abortionists would partially deliver a living human being and then kill the baby before he completely emerged from his mother’s body.

We also remember the lives lost and the lives irrevocably changed by abortion. Some doctors still perform other methods of late-term abortion, such as LeRoy Carhart, one of those named in this historic lawsuit, who shifted part of his late-term abortion practice to a clinic in Gaithersburg, Maryland just a few months ago.

And, though we remember this victory, we have no doubt that there is a very long way left to go.

May we never tire in proclaiming the value of Life and continue in the battle to defend Life in all its variety and beauty.