The Votes Have Consequences Bus Tour has begun. This morning, the first stop was in Cincinnati, Ohio, where SBA List spokeswoman Marilyn Musgrave was joined by Paula Westwood of Right to Life of Greater Cincinnati, Bobbi Radeck, and a number of other pro-life activists from Ohio! 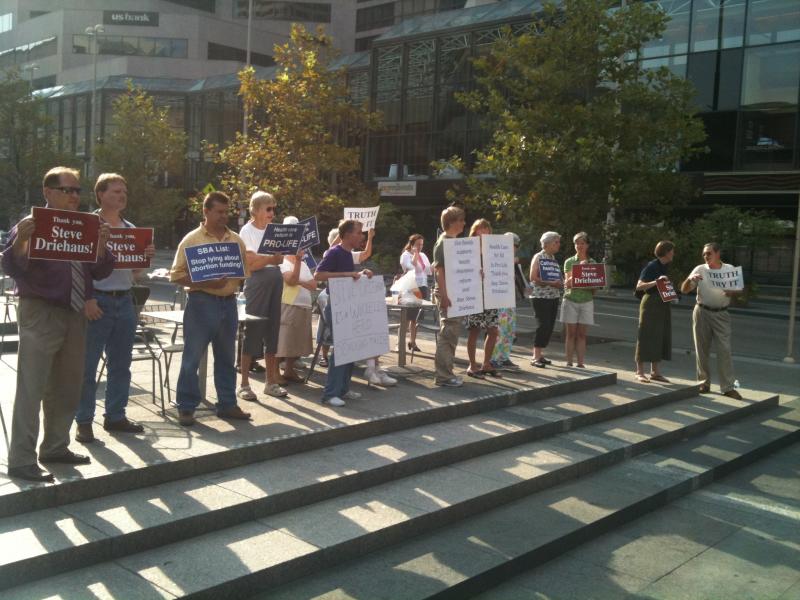 Members of Catholics United, a George Soros-funded group masquerading as a pro-life organization, was also there in an attempt to disrupt our first stop. Catholics United, along with the Catholic Health Association, defied the United States Conference of Catholic Bishops and national pro-life groups by supporting the health care reform bill without real pro-life language. Thank you so much to all of our members in Cincinnati and the surrounding area who came out to stand up for the unborn and their mothers. Abortion is not health care!! 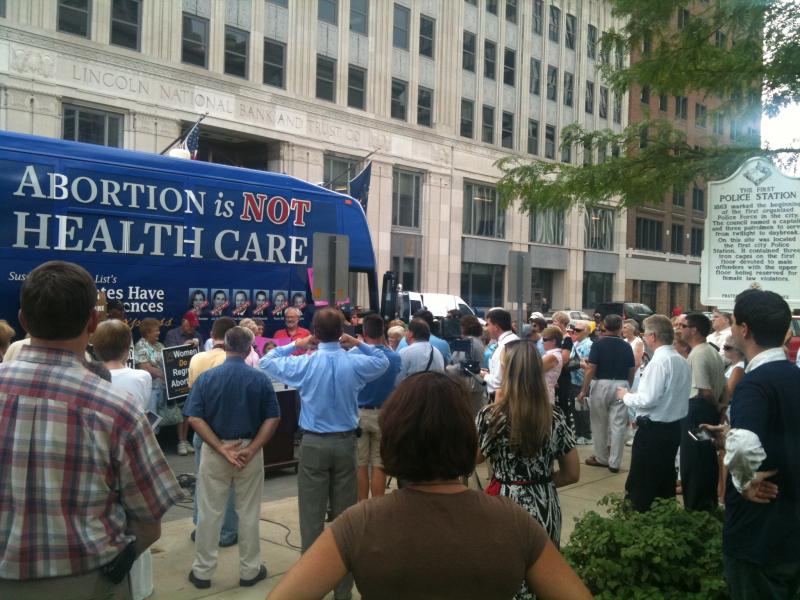 The SBA List ladies are now on their way to Muncie, Indiana. Check back later for more updates!

Updated: Marilyn Musgrave in Muncie, IN. 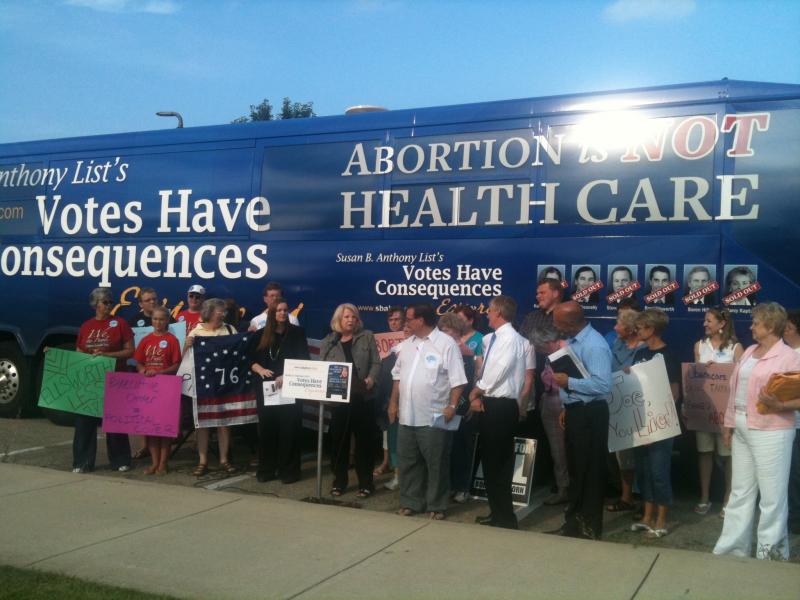 And on to Fort Wayne… 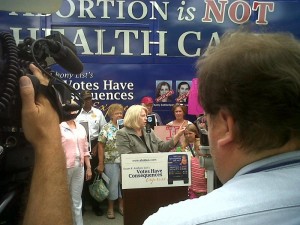 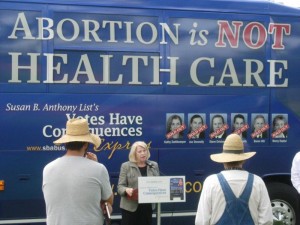 Wrapping up the first day in Elkhart, IN! 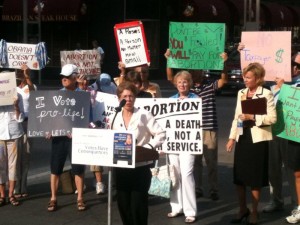