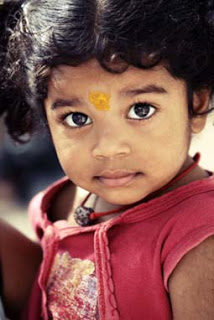 How do we keep baby girls safe from death? According to one doctor, the answer may be to withhold the child’s sex until he or she is at least 30 weeks old – too late for the easy “fix,” a no-questions-asked abortion.

According to MSNBC, Dr. Rajenda Kale, interim editor-in-chief of the Canadian Medical Association Journal, is arguing that physicians can help prevent sex-selective abortions by simply not disclosing the baby’s sex to the parents until later in the pregnancy. Abortions based on sex are particularly prevalent in many Asian countries, including Korea, China, and India, due to a strong cultural preference for sons over daughters. Not only do people in those countries routinely kill their girls in the womb, but immigrants have even brought the practice to the U.S. and Canada.

Sex selection is first made possible, Kale writes in her editorial for the most recent issue of CMAJ, by “a pregnant woman being told the sex of the fetus at ultrasonography at a time when an unquestioned abortion is possible.” For those who may be skeptical of whether sex selection occurs in the U.S. and Canada, she points to research showing that immigrants from certain ethnic groups, especially Asian, do selectively abort their girls. As evidence, couples who already have daughters have a much higher rate of sons than they would if things were left to nature.

While organizations of doctors, including the Society of Obstetricians and Gynaecologists of Canada, as well as the American Congress of Obstetricians and Gynecologists, agree that sex-selective abortions are unethical, the ACOG said in its 2007 committee report that withholding the child’s sex from the parents is also unethical. “Because a patient is entitled to obtain personal medical information, including information about the sex of her fetus, it will sometimes be impossible for health care professionals to avoid unwitting participation in sex selection.”

Kale, herself a native of Mumbai, India, has no patience for these organizations, which she accuses of merely paying “lip-service” to the problem, without actually taking any steps to prevent the murder of millions of girls. She argues that withholding the child’s sex would not be unethical, because “A woman has the right to medical information about herself that is available to a health care professional to provide advice and treatment. The sex of the fetus is medically irrelevant information (except when managing rare sex-linked illnesses) and does not affect care.”

While instances of sex-selective abortion may be confined to relatively small immigrant groups within Canada and the U.S., Kale believes it is no less important, because it is the “most extreme form” of discrimination against women.  She calls for colleges “to rule that a health care professional should not reveal the sex of the fetus to any woman before, say, 30 weeks of pregnancy because such information is medically irrelevant and in some instances harmful.”

If such information causes a little girl to be ripped apart in her mother’s womb just because she is a girl, to say it is “harmful” is an understatement.