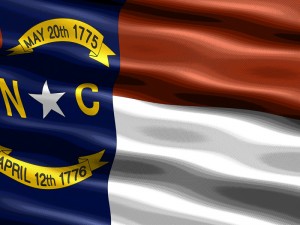 After decades of injustice, victims of a brutal eugenics program in North Carolina may finally see some compensation for the wrongs done to them. Last week a task force recommended that 2,000 victims, who were forcibly sterilized by the state between the years 1929 and 1974 should be awarded $20,000 each.  The legislature still has to approve the recommendation but it is expected to pass.
This effort marks the first time any state has made an effort to compensate victims of eugenics programs which sought to “weed out” those deemed feeble minded or otherwise undesirable. Many of the victims were poor African American women who the state simply declared unfit to be parents.
Dozens of states also engaged in eugenics during the early to mid-20th Century out of a distorted desire to purify the human race. California’s laws at the time enabled the government to sterilize more people than any other state.
As with most things, eugenics programs would not have been possible, however, if it had not been for the powerful people who had promoted and lobbied for them. One of the proponents of the eugenics movement—which  led to the sad situation in which these victims currently find themselves—was Margaret Sanger, founder of Planned Parenthood. In the April 1932 issue of Birth Control Review, Sanger called for “a stern and rigid policy of sterilization and segregation to that grade of population whose progeny is already tainted, or whose inheritance is such that objectionable traits may be transmitted to offspring…”
It speaks highly of North Carolina that they want to take responsibility and seeking to compensate the victims of the eugenics program. Most of these victims were merely children when they were forcibly sterilized and their lifelong suffering has been intense. More states should follow their example and seek to make some amends with those who have suffered so much.