On Friday, February 4, the New Jersey Star Ledger posted an editorial on its blog, which dismissed the claims of pro-life activists, stating that the only thing Live Action’s video from the Englewood clinic shows is one lousy employee.  However, the editorial board might be missing the forest for the trees or simply is not aware of the large body of evidence spanning across the country, which demonstrates Planned Parenthood’s institutional difficulties, and perhaps even blatant disregard, with respect to compliance with state and federal laws.

Before looking to other evidence, one must take note that this “one lousy employee” was, in fact, the clinic’s director. On the video, she even went so far as to criticize another employee at her clinic for being too rigid with regard to abiding by general medical procedures and legal guidelines. If this “one lousy employee” was in charge of clinic operations, it is hard to believe that other clinic employees didn’t share this same level of disregard for the legal restrictions in place to protect women and young girls from exploitation and harm.

Two days after the Englewood clinic footage was released, Live Action posted footage taped in Richmond, Virginia. The following day, three more videos were released from other clinics in Virginia (Falls Church, Charlottesville and Roanoke). And just this morning, another video, this time from a clinic in Bronx, NY was released, once again showing clinic staff assisting the “pimp” and his companion in obtaining STD testing, contraception and abortion for girls as young as 14 years old, some of whom–he added–are in this country illegally. Across the different videos, the clinic workers give advice about how girls as young as 12 can get contraceptives, the level of identification is necessary for different services and how to get help to use the judicial bypass for parental notification of abortion. 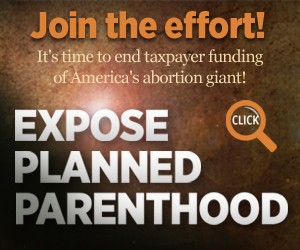 The similarity in responses across 7 individual clinic workers at 6 different clinics in 3 states is not coincidence, but rather a symptom of an institutional problem. Clinic workers showed a willingness to aid and abet in sex trafficking. Providing STD testing, contraceptives and abortion to women who are being exploited for sex is not helping them;  it is activity that enables their exploitation to continue indefinitely.

Prior to the release of Live Action’s videos of clinics in New Jersey and Virginia, evidence already existed to supports the claim that Planned Parenthood has an institutional crisis with regard to its respect for and compliance with state and federal laws. This evidence spans 14 states and includes both real cases (some with ongoing litigation) as well as results of previous Live Action investigations. A graphic representation with more complete details is available at www.ExposePlannedParenthood.com.

The range of evidence includes:

To give one specific example, there are two pending cases in civil court against the Planned Parenthood of Southwest Ohio. First, the clinic ignored the sexual abuse of a 13-year-old girl who was being raped by her father. The failure of the clinic to act resulted in the prolongation of abuse for a year and a half. In a second, separate case, the clinic failed to notify parents about the abortion completed on their 13-year-old daughter, which was paid for by her 22-year-old soccer coach. Both cases are being fought in civil court where Planned Parenthood is fighting to keep their records from becoming public.

In the very best case, which would give Planned Parenthood much more credit that its track record deserves, public exposure will lead to reform and correction of these heinous abuses. Planned Parenthood did announce a national retraining effort yesterday – a sign of acknowledgement that there is an institutional problem they hope to address. However, with evidence dating back to 2001, will this effort be sufficient to address the variety and severity of ails that are continuing to be uncovered?

What is more likely – and perhaps even confirmed by the new retraining program – is that this “one lousy employee” is just the tip of the iceberg in an organization claiming to “help” women, while in truth it assists in prolonging their abuse and exploitation…all while using the tax dollars of hard-working Americans.   It’s time to end taxpayer funding of Planned Parenthood – the abuse of women has gone on for long enough.