On June 9, 2013, the pro-life movement lost one of its champions.  Barbara Vucanovich, the first woman to represent Nevada in the House of Representatives, passed away just short of her 92nd birthday in her beloved city of Reno.  She is survived by four children and many grandchildren and great-grandchildren.

Vucanovich, after years as a grassroots activist and political staffer in Nevada, began her own political career in 1982 at age 61.  She was elected to the House of Representatives from Nevada’s then-brand new Second District; at that time, there were only twenty-two women in the House.  Shortly after her first election, Vucanovich was diagnosed with breast cancer.  After successful treatment, she became an advocate for early detection and screening efforts.  She would go on to serve seven terms.

During her time in the House, Vucanovich was a dedicated advocate for unborn children and their mothers.  She voted to provide abortion-minded women with information about alternatives; to restrict federal funding of abortion; and to build a culture of life in America.  In fact, Representative Vucanovich was among the first pro-life women who supported the Susan B. Anthony List.  With the support of her good friend and fellow pro-life dynamo Henry Hyde, Vucanovich was elected House Republican Conference Secretary in 1995.  She retired the next year in order to care for her ailing husband.  Pro-lifers should take some time today and reflect on the many accomplishments and successes of Barbara Vucanovich. 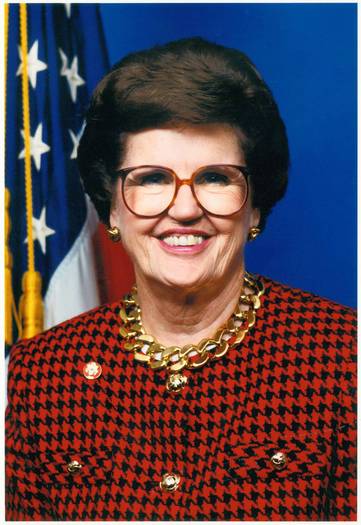