Two days ago a Government Accountability Office report revealed that over 1,000 taxpayer-subsidized ObamaCare plans across the country cover abortions… for any reason, at any stage of pregnancy. ObamaCare has caused an estimated 111,500 more abortions to be paid for by taxpayers.

Today SBA List joined pro-life congressmen and leaders of other pro-life organizations for a press conference at the Capitol. We called on the U.S. Senate to immediately pass H.R. 7, the No Taxpayer Funding of Abortion Act sponsored by Rep. Chris Smith (R-NJ). 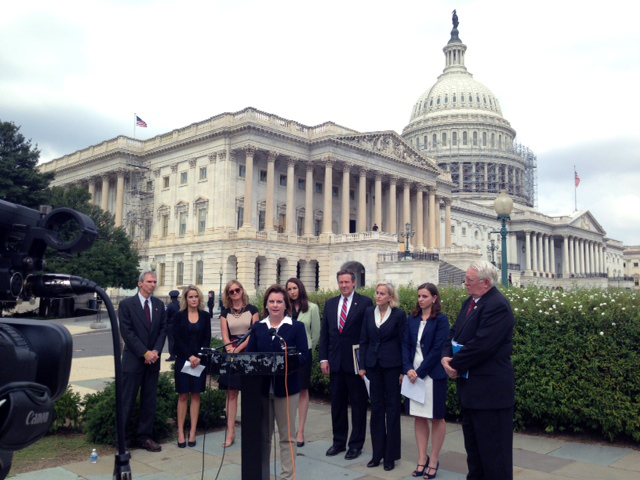 This life-saving legislation passed the pro-life House of Representatives almost a year ago… but Obama’s pro-abortion Senate, led by Majority Leader Harry Reid, has blocked it ever since.

Pro-life women and members of Congress gave a clear message at the press conference: the No Taxpayer Funding of Abortion Act must be passed immediately to protect the unborn and the consciences of millions of pro-life Americans. Taxpayer funding of abortion is deeply unpopular with Americans, both pro-life and pro-choice, and Senators opposing this bill are betraying their constituents.