Should someone’s race or sex determine whether or not they should live?  Whether or not these things should matter, unfortunately they do: minority babies are aborted at five times the rate of white babies.   And of course, some populations and cultures have more of a bias to the gender of the child and the abort the less favorable, usually the girl child.  What sounds like a genocide to me—targeting a group because of their race or gender—is being dismissed as a “women’s choice”. 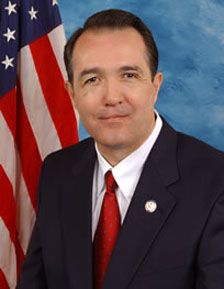 Trent Franks, a Republican Representative from Arizona, however is not dismissing this and has put forth PRENDA in order to end this genocide.   The Pre-natal Non Discrimination Act was introduced to the House last Tuesday and would “exempt the would-be mother from prosecution, but make abortion providers liable should they perform or accept funding for abortions based on sex or race,” reports  the Daily Caller.

Franks says that PRENDA was initiated thanks to a protest rally at a Planned Parenthood in Washington, D.C. several years ago.  At the rally, staged by Dr. Martin Luther King’s niece Aleva King, King and other African Americans were upset at the high numbers of African American abortions.

Planned Parenthood and other pro-choice organizations are upset by this Act and believe this is simply Franks’ means to end abortion completely.  Franks admits that he wants all abortion to end, but he says, “I hope for a day when all children, regardless of race or color, all children because they are children will be protected, but right now regardless of what the long term impact of this might be the short term impact is very simple: Can we not agree that aborting a child based on a child’s race or sex is wrong?”

It is an awful yet realist reality in our modern times that children are being aborted based on their race or gender.  This reality ought to be fought. Thank you Congressman Trent Franks and other pro-life leaders for stepping up and fighting for the rights of these and other innocent children who are unjustly killed.