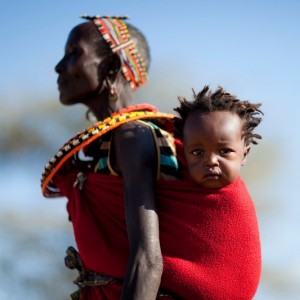 Kenya may soon have a new constitution…with a little help from their friends: American friends, that is.  The referendum to be held on August 4 is supported by the United States, though this “support” favors the “yes” vote. The Obama representative to Kenya originally did not openly support the proposed Constitution but rather the referendum process itself…until today. Michael Ranneberger, the US Representative to Kenya, has publically declared his support of Kenya’s proposed pro-abortion constitution.

In this new constitution, abortion, which is currently illegal (minus exceptions to save the mother’s life,) will include re-defined allowances for the procedure for health reasons as determined by a medical professional; the new provisions are vague and broadly defined. This translates into abortion on demand. “We, the Catholic bishops…are convinced that the constitution will result in liberalisation of abortion laws,” stated John Cardinal Njue, according to LifeNews.

“Evidence gathered by the United States Agency for International Development (USAID) Inspector General (IG) Donald Gambatesa clearly shows that the Obama Administration has funded grantees with the express purpose of identifying and mobilizing tens of thousands of “yes” votes.” LifeNews.

These recipients include The Central Organization of Trade Unions, Kenya (COTU) receiving $91,106.66 to “marshal a coalition of pro-Constitution individuals, institutions, and organizations to drum up political support for the Proposed Constitution by organizing a public rally at the historic Kamukunji Grounds, Nairobi.”  Also included in the funding is the Kenya Muslim Youth Alliance (KMYA), receiving $56,953.33 from the US for “one of a series of activities that aim to contribute to an ‘overrepresentation’ of the YES voters at the next referendum. Specifically, OTI will provide support to Kenya Muslims Youth Alliance (KMYA) in the form of transportation and communications” according to LifeNews.

The population of Kenya is overwhelmingly pro-life. In March of this year, the polling company Synovate asked voters the following question: “Thinking about abortion, which of the following is closest to your view?” Approximately 69 percent of Kenyans are against legalizing abortions while only 9 percent support it. About 16 percent said abortion is not a big deal while 6 percent had no opinion.
When asked, “When do you believe human life begins?” only 19 percent stated that human life begins at the time of birth. Some 77 percent of Kenyans stated that life begins at conception.

“Respondents were also asked about their views concerning the new Kenyan Constitution and found only 19 percent support it as currently written, while a majority, 52 percent, want Parliament to revise the document before passage.” LifeNews.

America ought to be that “City on the Hill” as proclaimed and envisioned by early Americans. We have regressed so far that we kill our own for the sake of selfish pursuits and are now encouraging other nations to follow our lead. We have descended into a country promoting a culture of death.  Are we not content with the 50 plus million children aborted since 1973 and the numerous birth control options? Must we intrude into the politics of other nations and promote our agenda there, too? I think not.