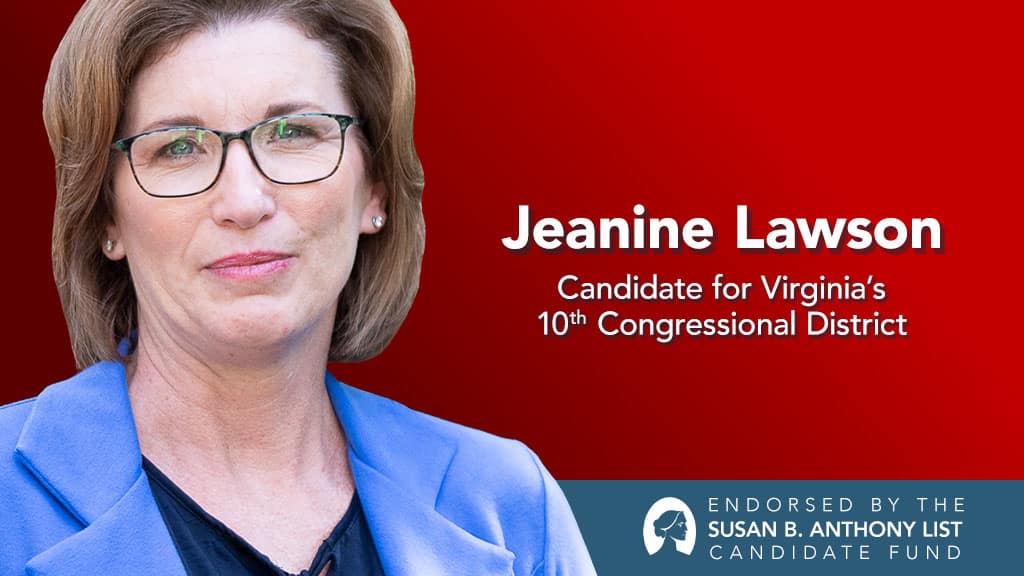 “Jeanine Lawson shows exactly what the pro-life movement is about: serving women and families with compassion while protecting unborn babies in the law,” said Hon. Marilyn Musgrave, SBA List’s vice president of government affairs. “An adoptive mom, Jeanine knows the answer to a ‘crisis’ pregnancy is to eliminate the crisis, not the child. She put her principles in action by helping found a pregnancy center to walk alongside expectant mothers and empower them to choose life. In stark contrast, Rep. Jennifer Wexton has consistently voted with the most extreme members of her party in support of late-term abortion on demand, paid for by taxpayers, and even denying medical care to babies who survive abortions. Virginians last year proved they are ready for change. Jeanine will advocate for her district and the dignity of all people, and we urge voters to support her on May 21.”

Lawson settled in Virginia after college and has made her home in Prince William County since 1995. She and her husband Dan are the proud parents to two children, one of whom is adopted. Lawson has lived out her pro-life values further by supporting pro-life organizations, and she was a founding board member of a Carried to Full Term, a pro-life pregnancy center in Virginia. In 2014 she was elected to the Board of County Supervisors, representing the Brentsville District.