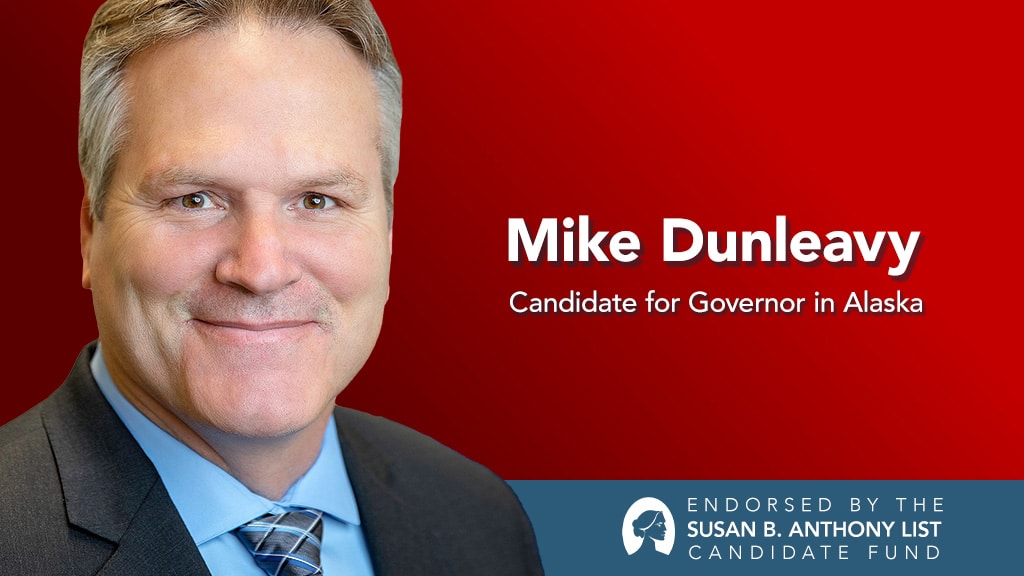 “Unborn children and their mothers could not have a more committed champion as governor than Mike Dunleavy,” said SBA Pro-Life America President Marjorie Dannenfelser. “Gov. Dunleavy works hard for the people of Alaska, who reject pro-abortion extremism. While activist judges seek to overrule the voters and impose abortion on demand until birth, paid for by taxpayers, Dunleavy has boldly defended Alaska’s version of the life-saving Hyde Amendment. With his first-ever Right to Life Day proclamation, he recognized the humanity of the unborn, the tragedy of abortion, and the heroism of those on the front lines assisting women and families to choose life. Gov. Dunleavy is a model of the strong pro-life leadership every state deserves and we urge all Alaskans to support him in the August primary.”

Dunleavy was elected governor in 2018. As a state senator, he maintained a pro-life record. Dunleavy issued Alaska’s first proclamation declaring January 22 Right to Life Day. After the Alaska Supreme Court repeatedly blocked efforts by state lawmakers to stop taxpayer funding of abortion on demand, Dunleavy vetoed $335,000 from the Court’s budget – the amount taxpayers would be forced to pay for elective abortions.

Dunleavy settled in Alaska in 1983, working in a logging camp in southeast Alaska. He pursued his teacher certification, then a master’s degree in education and spent two decades serving northwest Arctic communities as a teacher, principal and superintendent. In 2004 he started an educational consulting firm in Wasilla and went on to serve as president of the Mat-Su Borough School Board, then as a state senator for five years. He and his wife Rose, who is from the Kobuk River Valley community, have three children.