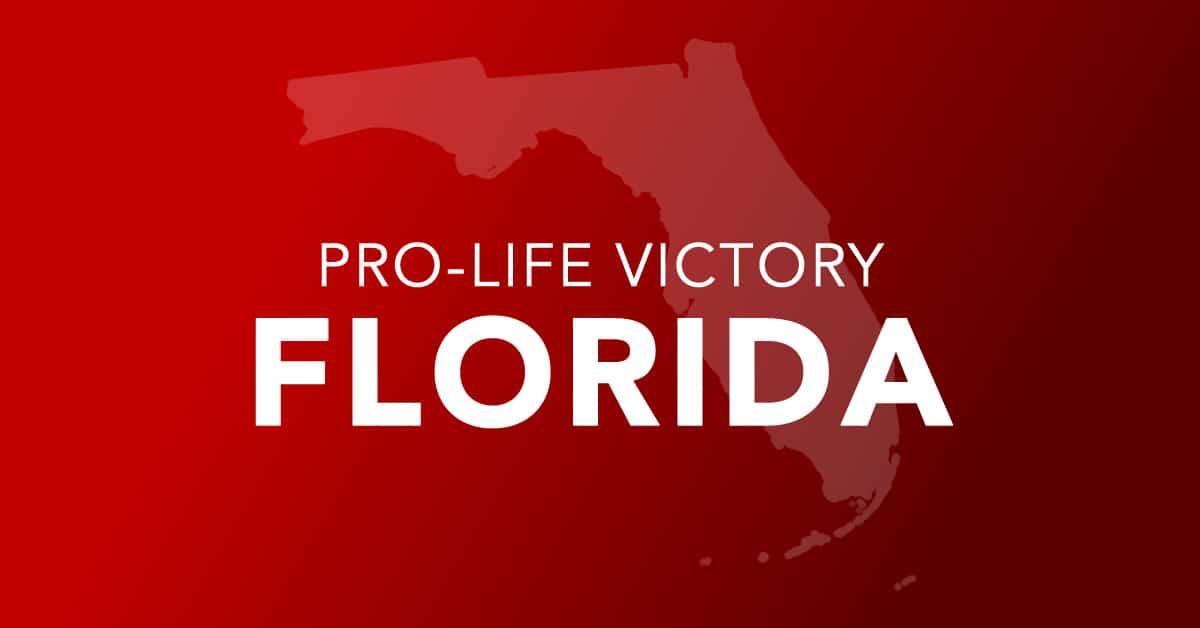 Unborn Children Feel Pain by 15 Weeks; New Law Could Save 3,300+ Lives a Year

Charlotte Lozier Institute, SBA List’s research arm, estimates that 3,334 abortions at 15 weeks’ gestation or later were performed in Florida in 2020.

“Governor DeSantis and the Florida Legislature have delivered a milestone victory for women and children. The legislation enacted today may save more than 3,300 lives a year by protecting unborn children, as well as their mothers, from cruel and dangerous late abortions. Science tells us unborn children are human beings with a vibrant life in the womb, and by 15 weeks they can feel pain – yet under current Supreme Court precedents the United States allows abortion on demand right up to birth. On abortion policy, we have more in common with China and North Korea than virtually the entire world.

“We thank Governor DeSantis for his strong pro-life leadership, our National Pro-Life Caucus members Rep. Erin Grall and Sen. Kelli Stargel, and all our Sunshine State allies who’ve worked tirelessly to get Florida out of the late abortion club. As we await a decision in the Dobbs case, momentum is growing across America to modernize our extreme abortion laws.”

Polling released in 2019 shows 76% of Florida voters – including 64% of Democrats, 75% of Independents, 77% of women, and 53% of self-described pro-choice voters – support a law prohibiting late-term abortions (only 24% support allowing late-term abortions). A strong majority of Americans consistently reject abortion extremism.

In Dobbs v. Jackson Women’s Health Organization, a case involving a Mississippi law that limits abortion after 15 weeks, the Supreme Court will address whether all pre-viability abortion limits are unconstitutional. A decision is expected in the spring or summer of 2022. Arizona, Florida and Kentucky have also passed legislation recently to protect unborn children at 15 weeks.

Alternatives to Abortion: Florida legislators have appropriated $4.5 million in funding in FY 2022 for the Florida Pregnancy Care Center Network, which provides pregnancy tests, counseling, health education, wellness exams, and other confidential services at no cost to the client – an increase from $4 million in previous years. Florida pregnancy centers served more than 76,000 women, men, youth and families in 2019, valued at $18.3 million, including nearly $12 million in medical services.