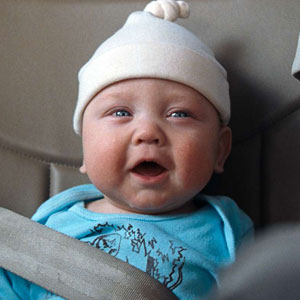 Washington, D.C. –  Today the national pro-life group Susan B. Anthony List (SBA List) celebrated the passage of H.B. 1221, legislation sponsored by Rep. Erin Grall in the Florida House of Representatives to ban discriminatory abortions on the basis of a disability diagnosis in the womb. The bill passed 77-44 and now heads to the Florida Senate.

“Florida is a strongly pro-life state, and its legislators are right to prioritize babies diagnosed with a disability, who are all too frequently targeted for lethal discrimination before they are given a chance at life outside the womb,” said SBA List State Policy Director Sue Liebel. “We strongly encourage the Florida Senate and Governor Ron DeSantis to follow their lead and be swift in passing and signing this bill into law. We thank Rep. Erin Grall, a member of our National Pro-life Women’s Caucus, for championing this legislation.”

“With pro-life bills spreading like wildfire across the nation, it’s clear that Americans want their legislators to continue to pass life-saving laws that defy the pro-abortion extremism on display in Washington.”

Last week in a 9-7 ruling, the U.S. Court of Appeals for the Sixth Circuit upheld Ohio’s Down Syndrome Non-Discrimination Act, legislation that prohibits abortions due to a prenatal diagnosis of Down syndrome.

A Marist/Knights of Columbus poll earlier this year found that 70% of Americans – including 56% of those who identify as pro-choice, 59% of Democrats, and 70% of Independents – oppose abortion based on the expectation that an unborn child may have Down syndrome.