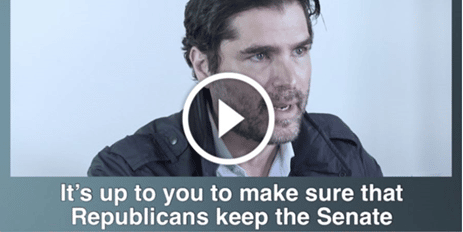 The overall $4.1 million+ multi-channel campaign includes canvassing, voter mail, calls, texts, as well as radio and digital ads, and will reach one million voters ahead of Election Day.

“We’re excited to bring Eduardo’s pro-life message to Georgia voters,” said Women Speak Out PAC national spokeswoman Mallory Quigley. “These ads will reach as many as 100,000 Spanish-speaking voters who are strongly pro-life, and whose votes will be key to preserving a Republican majority in the Senate.”

“Georgia Latinos are pro-life. That’s why it’s important to let them know that both Democratic candidates, Jon Ossoff and Raphael Warnock, support an extreme abortion agenda, which includes restoring taxpayer funding of Planned Parenthood, the largest abortion provider in the country that actively targets Latina women.  I am convinced that Latinos in Georgia will vote to defend the right to life and will vote for Senators Perdue and Loeffler, who are strong advocates for the unborn.”

Alfonso Aguilar is available to discuss the importance of the Latino vote in Georgia. To schedule an interview please contact Prudence Robertson: probertson@sbalist.org.