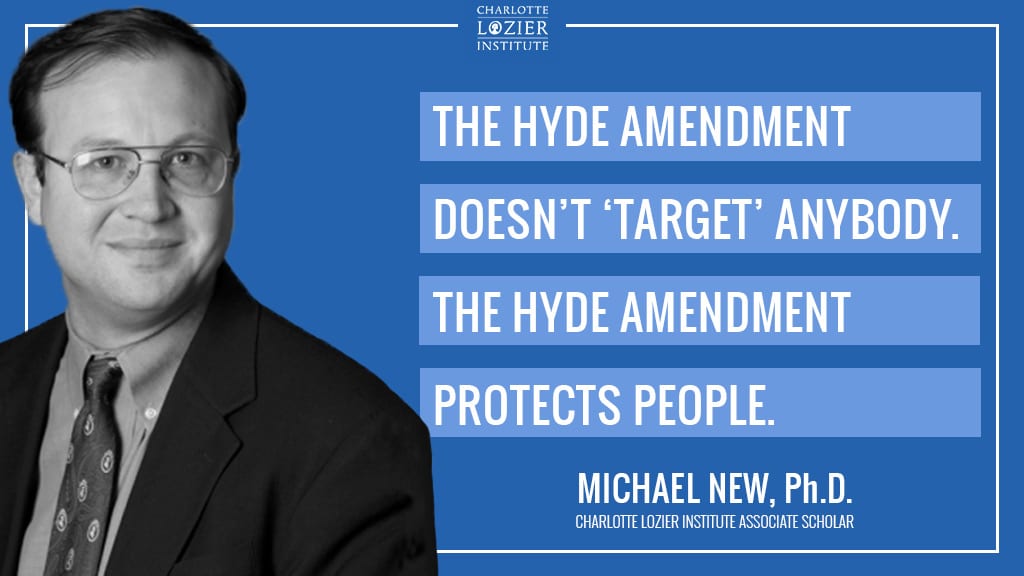 The news comes one day after Rep. Ayanna Pressley (D-MA) introduced an amendment to strip the Hyde Amendment from this year’s federal spending bill and the same day more than 100 Christian pastors and other life advocates sent a letter to the Democratic National Committee urging them to drop opposition to Hyde from their party platform.

“More than 2.4 million Americans are alive today because of the Hyde Amendment – but Joe Biden, Ayanna Pressley, and fellow extremist Democrats have pledged to eliminate Hyde and other crucial pro-life policies, forcing taxpayers to fund abortion on demand through birth, said SBA List President Marjorie Dannenfelser. “This stance is deeply unpopular among a majority of Americans – including many rank-and-file Democrats – yet Democratic Party leadership has vowed to repeal Hyde. President Trump, in contrast, has acted on the will of the American people from day one by doing everything in his power to stop taxpayer-funded abortion.

“The stakes of this pivotal election year are life or death for countless children waiting to be born. SBA List’s ground team is working tirelessly to contact 4.6 million voters in key battleground states – as many as the last three election cycles combined – to re-elect President Trump and secure a strong pro-life Senate majority. Our efforts include reaching out to the millions of pro-life Democrats and Independents who reject Biden’s extremism to ensure every pro-life voter’s voice is heard at the ballot box.”

Additionally, a Marist Poll earlier this year shows 44% of Democrats and 62% of Independents want to vote for a candidate who supports common-ground limits on abortion. SBA List is tracking Biden’s extremism at www.LifeOnTheBallot.com.