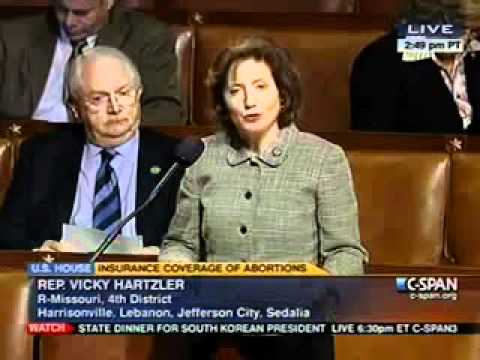 “While in office, Senator McCaskill has repeatedly rubber stamped President Obama’s anti-Life agenda, choosing to stand with abortion businesses over Missouri women and children. Conversely, Congressman Todd Akin has a consistent, proven record of defending Life and Missouri values in Washington,” said Susan B. Anthony List Candidate Fund President Marjorie Dannenfelser. “A longtime advocate for women, unborn children, and families, Todd Akin is exactly the type of Senate candidate that ‘Show Me’ State voters are looking for. There could be no clearer contrast between these two candidates and the SBA List Candidate Fund looks forward to seeing Todd Akin defeat Senator McCaskill in November. Women deserve better than Senator McCaskill’s unyielding loyalty to the abortion lobby.

“Missouri voters are thirsting for true pro-life leadership which is why it’s no surprise that SBA List-endorsed pro-life women Ann Wager and Congresswoman Vicky Hartzler were victorious in tonight’s House primaries,” continued Dannenfelser. “During her first term in office, Representative Hartzler earned a reputation as one of the most reliable and passionate advocates for unborn children and women in Congress. We look forward to Congresswoman Hartzler’s reelection as well as to having longtime pro-life champion Ann Wagner join her in the Pro-life Women’s Caucus.”

Since her election in 2007, Senator Claire McCaskill has voted against every pro-life bill in the U.S. Senate, earning a 0 percent rating with the National Right to Life Committee. Senator McCaskill has been endorsed by EMILY’s List.

Congresswoman Vicky Hartzler was elected in 2010. A former state legislator and high school teacher, she has been a strong pro-life voice in Washington advocating for adoption and against taxpayer funding of abortion. Congresswoman Hartzler has a 100 percent pro-life voting record with NRLC voting record and co-sponsored various pro-life bills.

Ann Wagner is a former Ambassador to Luxembourg and served as Chairman of former Rep. Roy Blunt’s successful U.S. Senate campaign in Missouri. She is a lifelong pro-life advocate and when she ran for RNC Chair in 2011 did a Skype interview with SBA List President Marjorie Dannenfelser discussing her dedication to the pro-life cause.

The Susan B. Anthony List, and its connected Political Action Committee, the SBA List Candidate Fund, are dedicated to electing candidates and pursuing policies that will reduce and ultimately end abortion. To that end, the SBA List will emphasize the election, education, promotion, and mobilization of pro-life women. The SBA List is a network of more than 365,000 pro-life Americans nationwide.