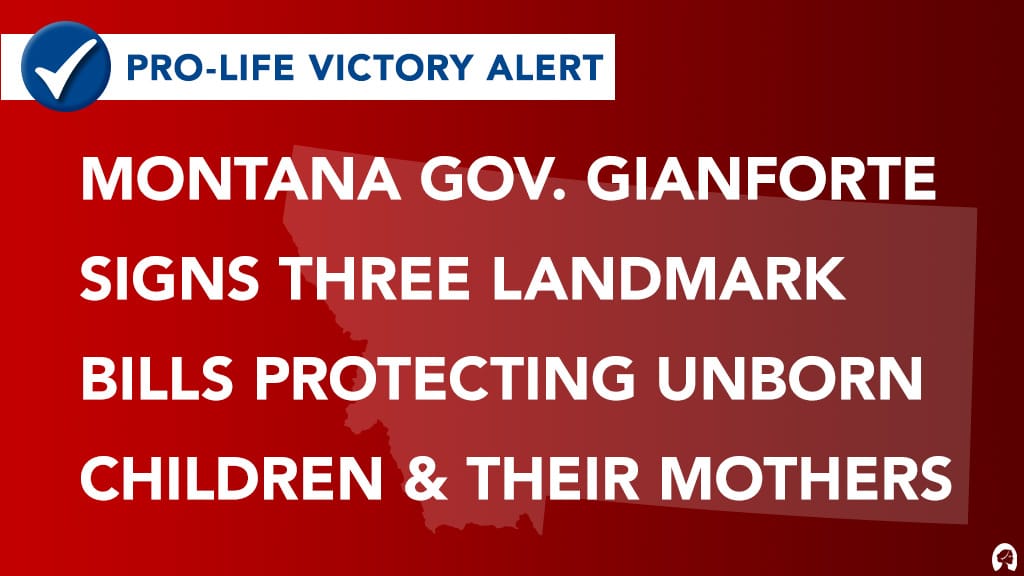 “The Treasure State takes a bold leap today in protecting the most vulnerable, and all Montanans can be proud,” said Sue Liebel, SBA List’s state policy director. “For years, popular pro-life legislation was blocked under the previous governor, a pro-abortion Democrat. Now with pro-life Governor Greg Gianforte in office, Montana is at the forefront of a groundswell of pro-life momentum nationwide. State lawmakers have introduced some 500 pro-life bills this year alone – including the laws signed today to stop late-term abortions after five months of pregnancy, protect women’s right to be informed about their developing child, and safeguard women from the risks of chemical abortion drugs since the Biden-Harris FDA refuses to enforce longstanding safety regulations.

“We thank Gov. Gianforte and the Montana Legislature for acting on the will of the people, and all our local allies for their tireless efforts to get these crucial laws enacted. We hope many additional states will follow their lead.”

Earlier this year, expert witnesses from SBA List and its research arm Charlotte Lozier Institute (CLI) testified in favor of these bills, alongside members of the Montana Family Foundation, Americans United for Life, and Students for Life of America.