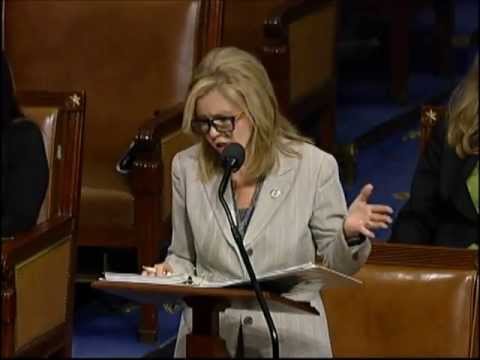 Washington, D.C – Tomorrow evening the Susan B. Anthony List (SBA List) will honor Rep. Marsha Blackburn (R-TN) with the Distinguished Leader Award at the group’s seventh annual Campaign for Life Gala. The event will be held at the Mandarin Oriental Hotel in Washington, D.C. Bill Kristol, founder of The Weekly Standard, will serve as Master of Ceremonies and former presidential candidate and FOX television host Governor Mike Huckabee (R-AR) will give the keynote address.

The gala is the main event at SBA List’s two-day long, annual Campaign for Life Summit.

“A consistent champion for life, Representative Blackburn boldly led last year’s floor debate in support of historic legislation to protect babies after 20 weeks – more than halfway through pregnancy. Her leadership spurred several states to take action and continues to inspire change in the hearts and minds of Americans across the nation,” said Marjorie Dannenfelser, president of the SBA List. “Representative Blackburn is already recognized as one of the foremost and fearless leaders of the pro-life caucus here in Washington. She is never afraid to go on offense for the unborn and women whether she is debating opposing members of Congress or media pundits. We’re thrilled to present her with the Distinguished Leader Award in recognition for her courage in taking on the tragedy of late abortion.”

Marsha Blackburn was first elected to Congress in 2002, serving Tennessee’s 7th District.  Since 2005, she has served on the House Energy and Commerce Committee.  She is one of the most outspoken pro-life leaders in the House and is frequently asked to appear on television to discuss the issue.  In June 2013, Rep. Blackburn led the floor debate, playing a leading role in the passage of H.R. 1797, the Pain-Capable Unborn Child Protection Act.

*The event is open to press.  Please RSVP to mquigley@sbaprolife.org to be added to the media list.*

The Susan B. Anthony List, and its affiliated Political Action Committees, the SBA List Candidate Fund and Women Speak Out PAC, are dedicated to pursuing policies and electing candidates who will reduce and ultimately end abortion. To that end, the SBA List emphasizes the education, promotion, mobilization, and election of pro-life women.  The SBA List is a network of more than 365,000 pro-life Americans nationwide.