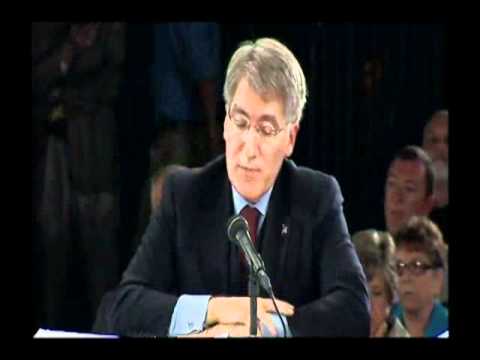 In response to reports that the Romney campaign may be considering former Secretary Condoleezza Rice as a potential running mate, Susan B. Anthony List President Marjorie Dannenfelser said:

Robby George, Moderator: Governor Romney, will the person you chose as your vice presidential running mate be someone who shares your pro-life and pro-marriage convictions?

Gov. Romney: I certainly imagine so, I haven’t made and selections in that regard…[as I look around at the people I would consider] I would expect that they would all be pro-life and pro-traditional marriage…but this is an important enough issue that the person that I would select in that position would share my views on those important issues.

Robby George, Moderator: So more than just expectation – would share those views?

Gov. Romney: Yes.. that person would share my views, yeah.