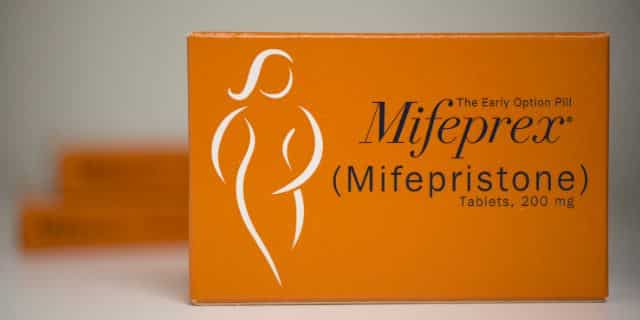 “We are extremely disappointed to see the courts once again side with the big abortion industry against women. Abortion activists exploiting the COVID-19 pandemic to push their long-sought goal of expanding dangerous chemical abortion drugs have proven over and over that they will prioritize profits at the expense of health and safety,” said SBA List President Marjorie Dannenfelser. “The current FDA regulations are reasonable and necessary to protect women from serious and potentially life-threatening complications of abortion drugs, including intense pain, heavy bleeding, infection, and even death. Research shows as many as five to seven percent of women who undergo chemical abortions will require follow-up surgery. We stand with the Trump administration and encourage our allies to continue fighting this reckless lawsuit which jeopardizes the lives of countless women, as well as their unborn children.”

Abortion advocacy groups, led by the ACLU, are suing the FDA to eliminate longstanding safety protocols for chemical abortion. Earlier this year, 56 pro-life leaders sent a letter to FDA Commissioner Dr. Stephen Hahn urging him to take action to stop the illegal internet sale of abortion-inducing drugs, manufactured overseas and shipped into the U.S. Under the FDA’s current Risk Evaluation and Mitigation Strategy (REMS), the abortion drug Mifeprex or generic mifepristone cannot legally be sold in pharmacies or online due to the risk of serious complications – but website domains such as AidAccess and Rablon that sell and distribute abortion-inducing drugs continually flout REMS requirements. The letter reads in part:

“We appreciate that the FDA is seriously defending the necessary safeguards contained in the Mifeprex REMS in litigation. These safeguards are meaningless, however, if opportunistic entities can sell abortion-inducing drugs over the internet with impunity. We urge the FDA to act now to stop this predatory and dangerous practice.”