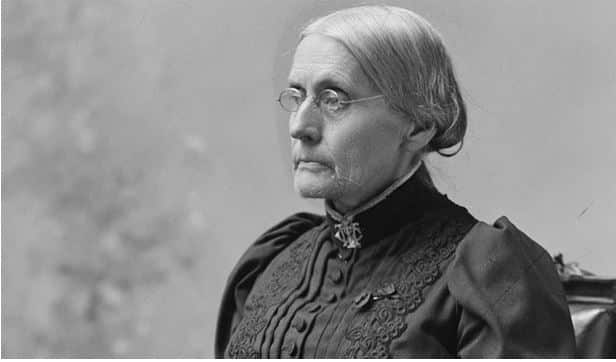 Justice for an American Hero 100 Years After U.S. Women Gained the Right to Vote

Washington, D.C.  – Today, on the 100th anniversary of the ratification of the 19th Amendment to the U.S. Constitution (known as the Susan B. Anthony Amendment) recognizing women’s right to vote, President Donald Trump posthumously pardoned suffragist pioneer Susan B. Anthony for illegally voting in 1872. SBA List President Marjorie Dannenfelser, a member of the Women’s Suffrage Centennial Commission, was present for the historic moment.

“Susan B. Anthony fought to expand the promise of human rights and dignity to all people,” said Dannenfelser. “She and her compatriots provide us with the model of how to advocate for the voiceless and disenfranchised in our own time. It is her courageous example that inspired the formation of SBA List and continues to inspire our work today. We are deeply moved and grateful to President Trump for honoring the legacy of this great American hero and we pledge never to tire in carrying on her unfinished work.”

In 2019-20, Americans commemorate the 100th anniversary of the 19th Amendment. The Women’s Suffrage Centennial Commission was formed by Congress to coordinate the nationwide commemoration of this milestone, and Dannenfelser was appointed to the Commission by Senate Majority Leader Mitch McConnell (R-KY). Susan B. Anthony’s 200th birthday was celebrated on February 15, 2020.