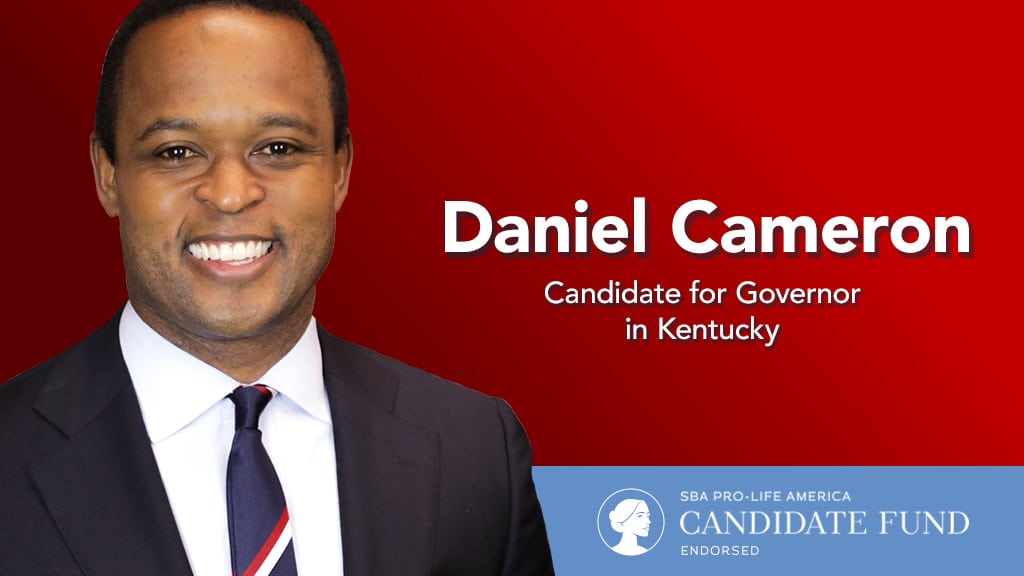 “Powerhouse pro-life attorney general Daniel Cameron has spent his career in office protecting the unborn and looking out for mothers across Kentucky, all the way to the Supreme Court. He has what it takes to defeat Governor Beshear,” said SBA Pro-Life America President Marjorie Dannenfelser. “Kentuckians want to safeguard moms and babies, but pro-abortion extremist Governor Beshear tries to block their efforts time after time. Attorney General Cameron is an effective advocate for pro-life protections, continually standing up to the abortion lobby and the Beshear administration’s extreme agenda. This wonderful commonwealth deserves a strong pro-life governor and we urge Kentuckians to support Cameron throughout the coming year.”

As Kentucky’s attorney general, Cameron has fought hard for Kentuckians’ right to protect the unborn and their mothers. In June, he took legal action against the Beshear administration for failing to implement part of H.B.3, a law that protects unborn children from late abortion when they can feel pain and stops dangerous mail-order abortion drugs. In 2021 he argued in front of the U.S. Supreme Court and won his case defending the commonwealth’s ban on live-dismemberment abortions.

Cameron received his law degree from the University of Louisville’s Brandeis School of Law. He has had tremendous legal experience since then, serving as a clerk, a private lawyer, and as Majority Leader Mitch McConnell’s legal counsel in Washington, D.C. He has also served as a U.S. district court judge for the Eastern District of Kentucky.