Susan B. Anthony was a trailblazer during her time for the rights of women and the unborn, and through these awards, the Susan B. Anthony List honors a new generation of trailblazers. Past awardees defended Life in the Halls of Congress, in pregnancy centers, and in their own schools as leaders for women and unborn children.

The Susan B. Anthony List Young Leader Awards was presented at our 6th annual Campaign for Life Gala on April 11th, 2013, in Washington, DC. Below are the award recipients and a few worthy nominees. 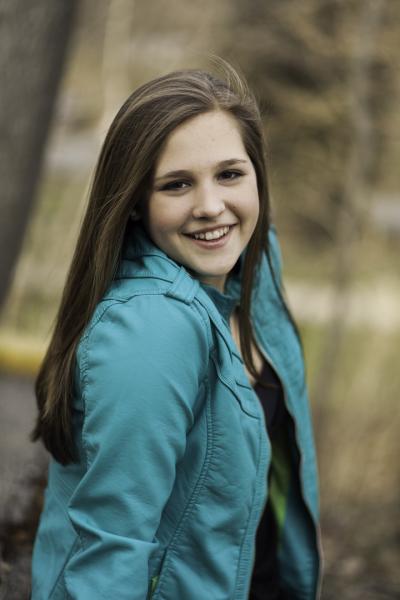 Jessie Liz Clement is a 14 year old singer-songwriter from Lafayette, Tennessee, who has written a beautifully touching PRO-LIFE song called “HEY WORLD, an anthem for the unborn.” With her fresh and joyous spirit, Jessie desires to be “one small voice” for unborn children and has had the privilege of singing at various pro-life and political events including crisis pregnancy centers, fundraisers, rallies, the Pro-Life Women’s Day on the Hill (Nashville, 2011), the TN Association of County Election Officials, and the TN Federation of Republican Women’s Fall Convention in 2011. As Jessie pursues her career as both a singer and a songwriter, she continues to perform her original music in showcases and concerts where she includes her pro-life anthem in her musical set. Since the debut of her first album entitled “Hey World,” Jessie has been featured in local newspapers, radio, and currently, her entire record has a continuous daily running spot on a local Tennessee television channel. Accompanying herself on guitar, piano, or ukulele, Jessie has a charming stage presence and often shares her personal testimony of being adopted and how grateful she is that her birthmother chose LIFE! Jessie is home-educated with aspirations of following in her older siblings’ (two sisters and a brother) footsteps by attending college when her home studies are complete. With this year being the 40th anniversary of Roe v. Wade, she hopes for continued opportunities to be a “voice for the unborn” by raising awareness of the precious life hidden “in the secret place” of a mother’s womb. Jessie’s originalrecording of “HEY WORLD, an anthem for the unborn” can be heard at www.JESSIELIZ.com. 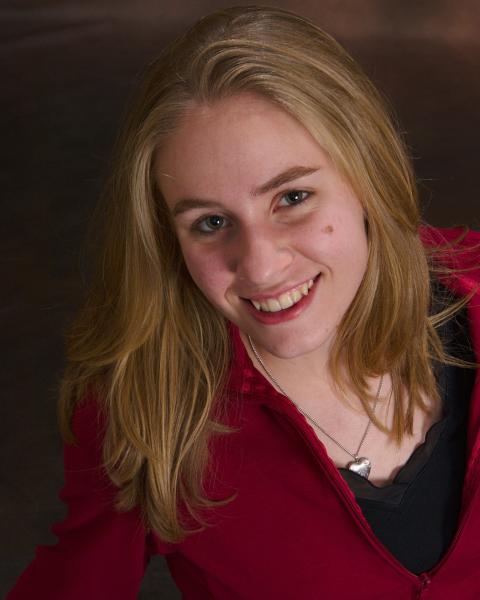 Grace’s passion for pro-life ministry was sparked by a talk from Fr. Frank Pavone. In response, Grace rallied her eighth grade class to organize a school-wide walkathon for All Babies Cherished. Since then, her heart for the unborn and their families has only grown.

In 2010 Grace coordinated a concert to raise awareness and funds for the St. Gianna Molla Center and Meals on Wheels, protecting life at both its beginning and ending stages.

Grace is now a junior Social Work Major and Human Life Minor at Franciscan University of Steubenville where she has served as the Treasurer of Franciscan Students for Life and is presently its Vice President. Grace has served as a sidewalk counselor at two abortion mills in Pittsburgh, one of which has since closed. Grace is the founder and editor of a new pro-life magazine on campus. She has fronted the efforts towards setting up a pending pro-life apologetics team at Franciscan University, and she is currently authoring a workbook for student groups seeking to learn how to dialogue with peers on the subject of abortion.

Grace is a Students for Life of America Wilberforce Fellow and mentors under Kristan Hawkins. She has recently been admitted into the Justice for All Trainer Certification Program. 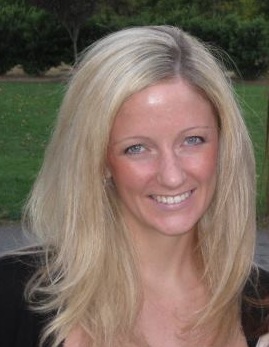 Since March of 2011 Emily has served as a legislative assistant to Senator Kelly Ayotte (R-NH). In that capacity she has assisted her as co-chair of the Senate Values Action Team, which has worked to promote pro-life policies and religious freedom in the U.S. Senate. This has included working to prevent millions of taxpayer dollars from funding the nation’s largest abortion business, Planned Parenthood; restoring longstanding conscience protections for all Americans under President Obama’s health care law; and promoting legislation that would require parental notification for minors, prohibit sex-selection abortions, and protect pain-capable unborn children from being targeted in the womb.

From 2007-2011 Emily served as a legislative assistant to Congresswoman Virginia Foxx (R-NC), a dedicated supporter of life and religious liberty. In 2007, Emily volunteered for then-Senator Sam Brownback (R-KS) during his presidential primary campaign in Iowa, where she helped spread his message that human life must be protected and valued at all stages and in all places. In addition, Emily volunteered for Catholics for McCain in 2008, where she reached out to pro-life voters across the nation to rally support for the McCain-Palin ticket.

Emily and her husband, Josh, both graduated from St. Lawrence University in upstate New York and live on Capitol Hill with their two cats, Reagan and Palin. 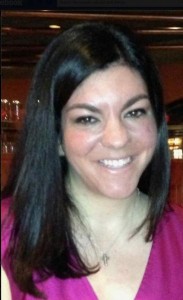 Katie Wilcox is a nonprofit and political lawyer at a national law firm in Lansing, Michigan. She is a graduate of Ave Maria School of Law, where she served as Vice President of the Lex Vitae Society (meaning “Law of Life” in Latin). Her law review note,“Why the Equal Protection Clause Cannot ‘Fix’ Abortion Law,” was published in the Human Life Review and the Ave Maria Law Review. She has written a women’s health policy report for the Pro-Life Caucus in the U.S. House of Representatives. Katie got her start in the pro-life movement as a high school volunteer for Right to Life of Michigan. After discovering her passion for the pro-life cause, she started a Students for Life club at Lansing Catholic High School. She went on to serve as President of Michigan State University Students for Life, where she planned the first statewide pro-life rally on MSU campus. As a college junior, she saw a need for college pro-life groups to organize, so she founded Students for Life of Michigan. She has served as a student leader in Students for Life of America and appeared with that organization on EWTN’s “Life on the Rock.” Katie has also held leadership positions in a variety of state and federal campaigns to support pro-life candidates for public office.

Katie is a leader in the pro-life movement, organizing happy hours for young pro-life professionals in Michigan. She is a mover and shaker, constantly encouraging national and local pro-life groups and promoting their activities through her Pro-life Lawyer twitter and facebook page. 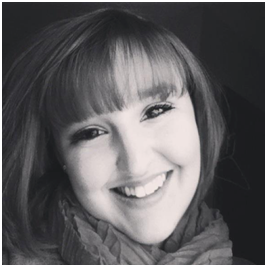 “I believe that it is extremely important for young women to be involved in pro-life work because it saves lives, and it is our duty to stand up and protect the unborn. I realized a long time ago that in 1973 the Supreme Court told my mother that she had a legal right to murder me if that was her choice. I thank God everyday that a pro-life woman educated my mother on life, and taught her that giving me the chance to live was right decision. I am alive because of pro-life work, and I dedicate my life to protecting the unborn.” 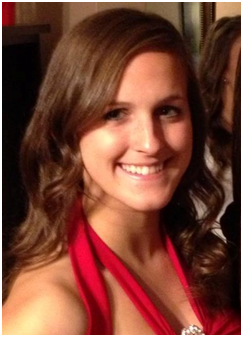 “Women must stand up to show that we are not okay with the current (pro-choice) definition of “women’s health,” and to bring to light that abortion is not a “women’s issue;” it’s a human rights issue. Pro-Life women are strong, independent, and caring; we must show that to be pro-life is to be pro-child and pro-woman. As women, we can help prevent the physical and psychological effects experienced by post-abortive women, and we can help women who feel as if they have nowhere to turn. As women, we embody love, which is the core of the pro-life movement.” 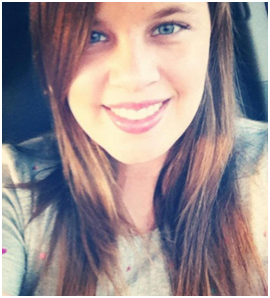 “We live in a world where so many do not feel loveable, they do not realize their own inherent goodness, and without being able to see the beauty in their own existence they are unable to see the beauty in all existence. This is a devastating reality to come to terms with, but it gives us a reason to get out of bed each day and fight for each person; not just those in the womb, but for so many who are unable to see their own beauty and are living lives of brokenness. As they are loved, as they are delighted in as a person, they begin to flourish and bloom with new eyes towards the human person. It is easy to call another person ugly, unnecessary, unlovable, unwanted when we feel that way about our own self. So maybe the real malady of the culture of death is not that we do not respect other lives, but that we disrespect the gift of our own lives so much that it only follows and make sense that we cannot appreciate the gift that is others’ lives. As women, we have the gift of being unique witnesses to the beauty and goodness of the human person. We desire to make others feel loved. When we delight in others, they respond with love. For example, I have seen women walking into abortion facilities with sunken eyes, soul-less stares, and broken hearts. After just delighting in her presence, embracing her, letting her know her own beauty, she often has a new, tiny spark in her eye, she smiles, she says out loud “maybe I can do this”. She has found beauty and love of first her own life and therefore can better respond to the beauty and love of another life– her child’s. It is crucial that as young women we maximize our gift of nurturing and love for the protection of human life in all its stages. This is a special role that only we can play as women.” 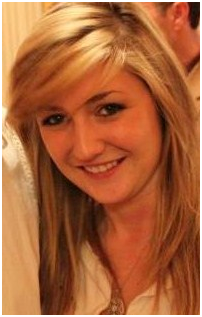 “I believe that women should be involved in the prolife movement because it is something that effects so many of us. We have seen what abortion has done to our grandmothers, our mothers, our sisters, and our friends. As women, we have a responsibility to reach out in love and support to the women around us who are struggling with an unplanned pregnancy or a past abortion. I have dedicated my life to fighting abortion and providing support to women because I have seen the physical, spiritual, and emotional effects of abortion on many women.”