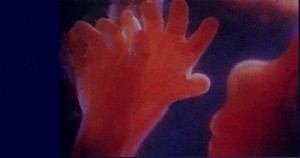 The die-hard days of radical pro-abortion feminism are disappearing. The era of “choice,” “reproductive freedom,” and “women’s rights,” are fading as the most adamant pro-abortion activists age.

Sheryl Stolberg writes in her new piece at the New York Times of a “generational divide” among those in the pro-abortion camp:

“The language and values, if you are older, [are] around the right to control your own body, reproductive freedom, sexual liberation as empowerment,” said Anna Greenberg [a Democratic pollster who studies attitudes toward abortion]. “That is a baby-boom generation way of thinking. If you look at people under 30, that is not their touchstone, it is not wrapped up around feminism and women’s rights.”

Representative Debbie Wasserman Schultz, Democrat of Florida and chief deputy whip of the House,[said that if] she had to round up her own friends “to go down to the courthouse steps and rally for choice,” she is not certain she could. When older women have warned that reproductive rights are being eroded, she said, “basically my generation and younger have looked at them as crying wolf.”

Stolberg’s theory seems like a good one at face value. She constructs that argument that younger generations aren’t as rabidly pro-abortion as older generations because they never grew up in a world where abortion was illegal. But a key component in the ideological shift is missing.

The abortion debate has not continued in a vacuum since Roe v. Wade. We’ve seen major technological advancements in the way of sonograms and embryoscopies. If you haven’t seen video obtained through an embryoscopy, you’re missing out. A small camera inserted into the womb captures video images like an unborn child’s beating heart, fully developed fingers, toes, and more. (Watch a video here).

The article makes one mention of this notion before quickly moving on:

“Not only is this the post-Roe generation, I’d also call it the post-sonogram generation,” said Charmaine Yoest of American United for Life.

As the radical feminists of yesteryear grow older, new generations are replacing them in politics. And each new generation is becoming more and more pro-life! It’s not a matter of apathy for “women’s rights,” it’s a matter of a changing world where we now know and can see the humanity of the unborn child.