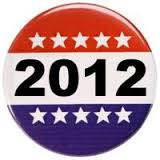 This week, the Susan B. Anthony List contacted Republican presidential hopefuls to ask them where they stand on defunding Planned Parenthood. Several hopefuls, including Rep. Michele Bachmann, Herman Cain, Newt Gingrich, and Sen. Rick Santorum, had already publicly spoken out in support of defunding America’s largest abortion provider, which receives a third of its income from taxpayers’ pockets.

Gov. Mitt Romney told National Review through a spokesperson that he supports the Pence Amendment.

Check out their statements below:

Gov. Haley Barbour:
“I support a halt to any federal funds going to America’s largest abortion provider, Planned Parenthood. One of my first acts as governor was to propose an ambitious pro-life, pro-family agenda aimed at advancing the culture of life in Mississippi by increasing adoptions and decreasing abortions. Mississippi has been called the safest place in America for an unborn child by Americans United for Life.” –Statement provided to SBA List, April 1, 2011

Newt Gingrich:
“You had a great speaker last year in Mike Pence and I want to say I strongly endorse his cutting out all funding for Planned Parenthood which has become a major source of abortion in America. –Newt Gingrich speech at Iowa Faith and Freedom Coalition, March 7, 2011

Gov. Mike Huckabee:
“Life begins as conception, period. What makes this nation unique is that we have a belief that every life has intrinsic value and worth. It’s a horrific thought that our government provides funding to an organization that provides abortions to so many women. We need to demand this Congress vote to defund Planned Parenthood. Our tax dollars should never be used to provide abortions and our government should put an end to it immediately.” –Statement provided to SBA List, April 2, 2011

Gov. Sarah Palin:
“The greatest fiscal challenge facing our country today is our government’s dangerously unsustainable debt and its practice of deficit spending. Whatever side you’re on in the abortion debate, surely you can see that our taxpayer dollars should not be used to fund abortion at any time, let alone these hard economic times. And yet that is what has been happening with the taxpayer funding of Planned Parenthood – the nation’s largest abortion provider, which is awash in scandal after revelations of its dishonesty with the American public. They receive an average of $1 million taxpayer dollars per day; and regardless of what they had promised the public in their campaign ads, new investigative reporting shows that they are not really using our tax dollars to provide women with mammograms and other real health care services. It’s simply freeing up funds that they can then invest in their primary money-making endeavor: abortion. Planned Parenthood doesn’t really offer women who find themselves in less-than-ideal circumstances any real choice. They don’t show women that they have the power, capability, strength, and love within themselves to choose the blessing that is life. They don’t explain the resources that are available to parents who want to give their child life. They don’t show them that adoption is a beautiful choice too. What they offer is not true empowerment or “choice” or women’s health care. I join Rep. Mike Pence and others of conscience and common sense who are leading the charge to end the taxpayer funding of the nation’s largest abortion provider. We recognize that not only is our country buried under Mt. McKinley-sized debt, but that the truest measure of any society is how it treats those who are least able to defend and speak for themselves. Surely the individual resources of a generous country can come to the aid of women in need without the taxpayer funding of abortion.” –Statement provided to SBA List, April 1, 2011

Rep. Ron Paul:
“As a father, Christian and Obstetrician, I find it shameful that our government uses the tax dollars of citizens to fund Planned Parenthood. This is why I am an original cosponsor of the Title X Abortion Provider Prohibition Act (HR 217). I have also introduced the Taxpayers’ Freedom of Conscience Act (HR 1099), legislation prohibiting any federal official from spending any federal funds for any population control or population planning program or any family planning activity.” –Statement provided to SBA List, April 4, 2011

Sen. Rick Santorum:
“If you look at Planned Parenthood; if you look at the abortion industry…they fight every single regulation every single bit of information that should be given to the patient, they all fight it as an affront to the right of abortion.” –Family Talk with Dr. James Dobson, February 24, 2011