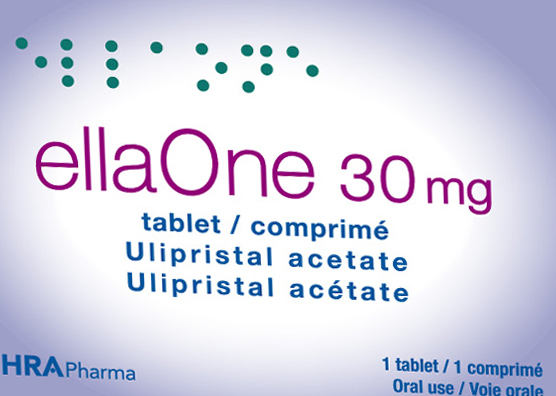 It looks like American women may soon have another way to kill their unborn children. Yesterday  Reuters reported that the FDA Advisory Board unanimously approved uripristal acetate, to be marketed in the US as “Ella” by Watson Pharmaceuticals, as a safe and effective “emergency contraceptive.” Ella is being billed as a pumped up morning after pill that can “prevent pregnancy” up to 5 days after intercourse, 2 full days longer than the traditional morning after pill (Plan B). Lifenews reported on a study published by the Lancet which compared the two drugs, that for the group that took the drug between 3-5 days after having sex, only women taking the traditional morning after pill became pregnant.

The reality is that Ella is more than contraception, and does more than “preventing pregnancies.” Like Plan B, one of the ways in which the drug works is by interfering with the lining in the uterus.  Ella blocks the hormone progesterone, making implantation of the embryo impossible. Since the drug is meant to be taken up to five days after intercourse, it is likely that conception has already taken place and that the use of Ella will effectively cause abortion. Ella goes even further than Plan B though, because it is more chemically similar to RU-486, the abortion pill.

According to the American Association of Pro-Life Obstetricians and Gynecologists (AAPLOG), the medical literature has established that Ella “has the ability to destroy established pregnancies as well as prevent implantation.” The drug’s effects on the uterine lining threaten the ability of the embryo to survive if already implanted. Because of the drug’s abortifacient properties and similarity to RU-486, AAPLOG has recommended that it have the highest black box warning, a type of warning that appears on the package insert for prescription drugs that may cause serious adverse effects, if approved for sale.

Besides causing abortions, there is also a concern with the effects of Ella on women and on babies who survive the drug. As AAPLOG pointed out to the FDA, “ulipristal’s potential effects on women who used the drug off-label (with an unapproved purpose, dosage, etc.) and upon ongoing pregnancies are essentially unexamined and untested.” There is also little information on the effects of the drug on women who take it multiple times, and The European Medicines Agency’s Committee for Medicinal Products for Human Use studied the drug and admits there is not much known about how the drug would affect a woman who did get pregnant. The adverse events reported during clinical trials of the drug are also similar to those of mifepristone (RU-486), such as increased infections, ovarian pain, ovarian cyst formation and bleeding disturbances. The approval of Ella in the US would essentially be taking the next generation of RU-486, which is known to present health risks for women (13 women have died from taking the drug), and making it even more accessible.

Ella is not the next great emergency contraception option, as heralded by pro-abortion feminists, but rather the next scarily convenient abortion option. In some ways the pro-abortion reaction to the drug is ironic. The arrival of Ella has pro-aborts suddenly clamoring about the insufficiencies of current contraception options. According to Dr. Christiane Northrup of the Huffington Post, “contraceptive failures happen even in ideal users. That means that there will always be a role for the morning-after pill. Ella does this job particularly well.” This is strange for those who are used to pro-aborts generally glorifying the effectiveness of contraception, to the point of claiming that contraception reduces the need for abortion. A pro-lifer who does not advocate increased contraception, for whatever reason (and there are good ones), will often run into criticism saying that they are not helping their own cause. The fact is, contraception does not always work. And when it doesn’t work, women who think they have acted responsibly, women who have done everything society has told them to do to avoid pregnancy, think that they do not deserve to be pregnant and turn to abortion. According to Planned Parenthood’s own research arm, the Guttmacher institute, typical use of the Pill has an 8.7% failure rate, and 54% of the women who have abortions have used contraception the month they became pregnant. Far from contraception preventing abortion, in their efforts to create perfect contraception, pro-abortion feminists have conflated abortion and contraception in Ella.