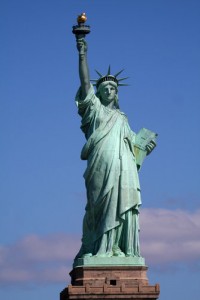 It was startling to many, Pro-Life or not, when it was announced at the beginning of this year that 41% of pregnancies in New York City ended in abortion. In the outer boroughs the statistics were equally, if not more, dire. In my home borough of the Bronx, 48% of viable pregnancies ended in abortion. New York City is once again reaching far beyond the national average, though, in this instance, I would much rather my hometown not stand out as the front runner.

In an effort to encourage New Yorkers to find out the abortion statistics of their neighborhoods and get involved locally in decreasing them, the Chiaroscuro Foundation has just released data of NYC’s high abortion rate by zip code. This info can be viewed at http://www.nyc41percent.com/. Hopefully this resource will be an asset to educating communities and shifting NYC off of the alarming path it has taken.

The findings are quite remarkable and undeniably tragic. When you are forced to confront the sheer numbers (22,221 abortions to 21,857 live births in the Bronx) it is enough to boggle to the mind and break the heart. It is a blemish on our fair city to see that Black children are aborted in such alarmingly high numbers (59.8%) in comparison to their White and Hispanic counterparts. It is also sad to think that the women in our poorer neighborhoods may feel compelled to have abortions rather than keep their babies due to an inability to afford them when we should be reaching out as a community to support these mothers.

It is disturbing to have to stare these facts in the face. For a city that has always been known for welcoming every individual of every conceivable background, it seems time that NYC started welcoming the unborn as well. New Yorkers are such lovely people. They have a strength and a spirit and a sense of loyalty that is rarely seen elsewhere. New Yorkers are wonderful. That is why I wish there were more of them.