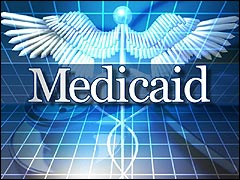 Planned Parenthood is a profit-driven business that sets financial goals and abortion quotas for their clinics.  For this particular clinic in Lufkin the financial goals seem to have been fulfilled through deceitful reports and bills to Medicaid.  Each health care government program pays for certain services, and thus the Planned Parenthood clinic would bill each program based on what they would pay, not necessarily on what was performed on the specific patient.   For example, Medicaid patients would pay the clinic for counseling to patients on primary and back up birth control, so Planned Parenthood, regardless of whether a patient was counseled in this regard, billed Medicaid for this service.  “Super billing” is also an alleged form of fraud performed by the clinic – the employees would go through the charts of the patients and try to bill more items if possible, in order to be paid as much as possible from the above listed government agencies.

In addition to billing procedures that were not actually performed on patients, Planned Parenthood clinic fudged abortions on their bills and notes that were sent out.  Since under the Hyde Amendment government money cannot go towards abortions, unless it is a case of rape, incest or to save the life of the mother, Planned Parenthood found other ways to beat the system.  The following memo clearly articulates that Planned Parenthood encouraged the employees to forge the billing and notes for an abortion patient in order to still be paid for the procedure by government agencies.  This memo is one of the memo’s that was submitted by Reynold’s for further investigation in the matter.

We must work these clients in! This visit is self-pay. Quote the self-pay price then ask if she needs any other services such as birth control. If she is interested, screen for WHP or Title XX and offer the WWE [Well Woman Exam]. If the client is getting on birth control make this the focus of the visit and put a note in the chief complaints that the client had a surgical or medical abortion “x” weeks ago.

Lastly, another fraud scam that was used by the Planned Parenthood clinic in Lufkin pertained to giving the patient unnecessary items.  For every contraceptive patient, the clinic would give the patient a bag of contraceptives and charge the items contained in the bag to the patient’s account, even if unnecessary.

On October 18th, US District Judge Ron Clark, a George W. Bush appointee, denied Planned Parenthood’s request to stop the discovery process.  The issue of fraud is still being researched by the American Center for Law and Justice, who is handling Reynold’s case.  They are receiving relevant information from Planned Parenthood and will continue to pursue this issue and true justice!

If the alleged crimes are found to be true then Planned Parenthood will lose all government funding, not just in the Lufkin clinic but all clinics.  This is not the first instance where fraud has been brought to attention of Americans, but given there are multiple cases Planned Parenthood will have to attempt to justify their lies and deceitfulness in order to dig themselves out of this mess!