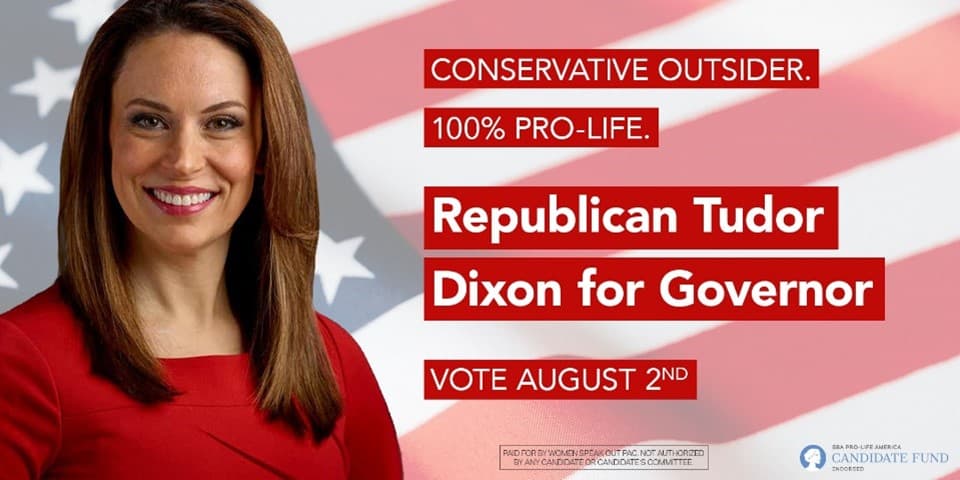 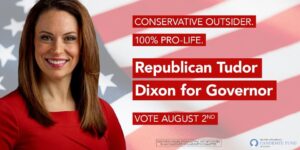 “Tudor Dixon is the champion pro-life Michiganders need and deserve in the Dobbs era now that their voices can finally be heard,” said Mallory Carroll, national spokeswoman for Women Speak Out PAC. “Radical Democrats who want to impose abortion on demand until birth nationwide know she can defeat extremist Governor Whitmer and stop their agenda cold in Michigan. We couldn’t be more excited to back Tudor and help secure her victory on August 2 and beyond.”

SBA Pro-Life America is a network of more than one million pro-life Americans nationwide, dedicated to ending abortion by electing national leaders and advocating for laws that save lives, with a special calling to promote pro-life women leaders.