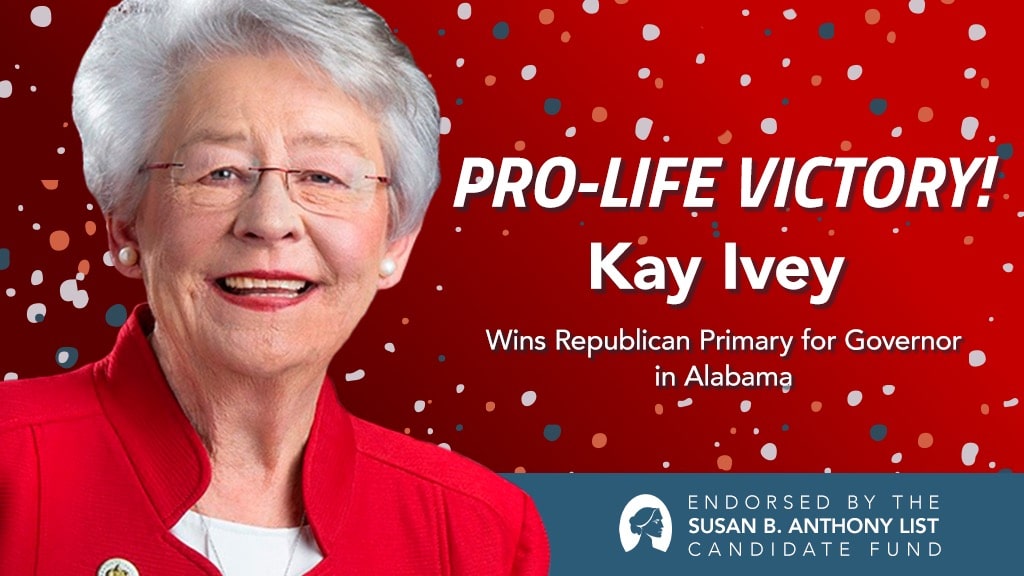 “We are proud to support our longtime friend Kay Ivey and celebrate her victory. Ivey is a champion of Alabama’s pro-life values and a model of pro-woman leadership,” said SBA List Candidate Fund PAC President Marjorie Dannenfelser. “At a time when pro-abortion Democrats’ extremism is on the rise and the stakes are higher than ever, bold voices like Ivey’s speaking out for the unborn and their mothers are essential. We look forward to her re-election and continuing to work together to save lives.”

Ivey has served as governor since 2017. She is the second woman and the first Republican woman to hold this title. Previously she served as lieutenant governor and treasurer. A native of Alabama and graduate of Auburn University, she was a teacher before she worked in both the Alabama House of Representatives and the state Development Office.

Ivey is a founding member of SBA List’s National Pro-Life Women’s Caucus. As governor, she signed legislation that protects unborn children when their heartbeat can be detected and born-alive protections for babies who survive abortions. She was one of 12 pro-life governors to sign a brief in Dobbs v. Jackson Women’s Health Organization calling on the U.S. Supreme Court to overturn Roe v. Wade and restore the right of the people and their elected representatives to protect unborn children in the law.