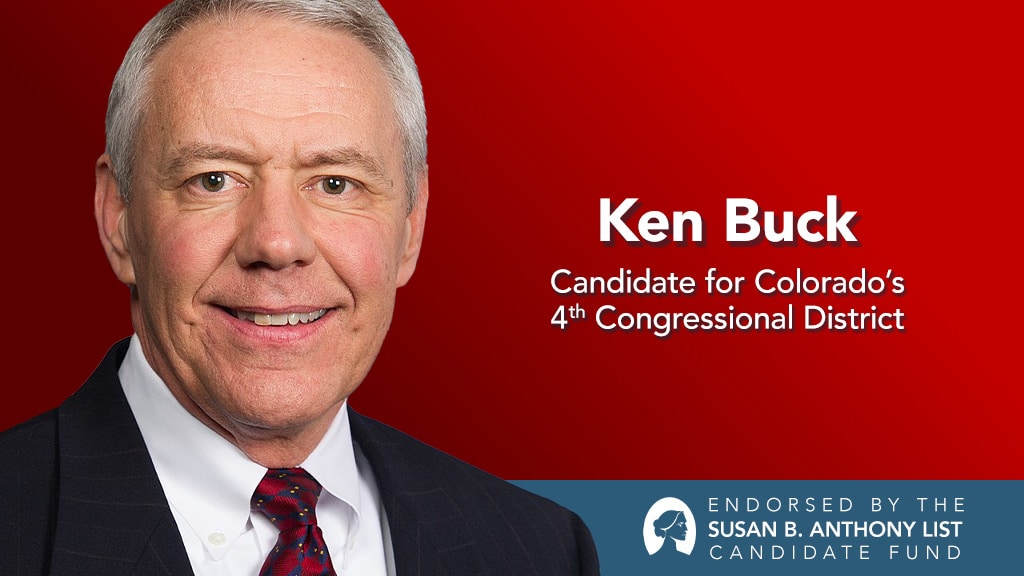 “Congressman Ken Buck is a champion for the voiceless, born and unborn, and for the pro-life taxpayers of Colorado. We are proud to back his re-election,” said Hon. Marilyn Musgrave, SBA List’s vice president of government affairs. “As a leader on the House Judiciary Committee, Rep. Buck calls attention to the pain of unborn children killed in abortions and the United States’ status as one of the most radical countries in the world on late-term abortion, along with North Korea and China. While out-of-touch Democrats support abortion on demand up to birth and attack commonsense pro-life measures around the country, Buck stands with the majority of Americans who reject pro-abortion extremism. We encourage all voters in the 4th District to support Ken Buck in the primary on June 28.”

Buck is a native of Windsor and was first elected to represent the 4th Congressional District in 2014. Previously Buck worked as a prosecutor with the U.S. Department of Justice and in the Colorado U.S. Attorney’s Office, where he served as chief of the Criminal Division. In 2004, he was elected Weld County District Attorney, a role he held for three consecutive terms. Buck is the proud father of Cody, a West Point graduate and Army veteran, and Kaitlin, a business executive in Colorado.

Buck has earned an A+ on SBA List’s National Pro-Life Scorecard for his pro-life record. He has co-sponsored the Pain-Capable Unborn Child Protection Act, the No Taxpayer Funding for Abortion and Abortion Insurance Full Disclosure Act, and the Support and Value Expectant (SAVE) Moms and Babies Act. He signed the pro-life congressional amicus brief in Dobbs v. Jackson Women’s Health Organization, in which the Court will assess whether pre-viability limits on abortion are constitutional.