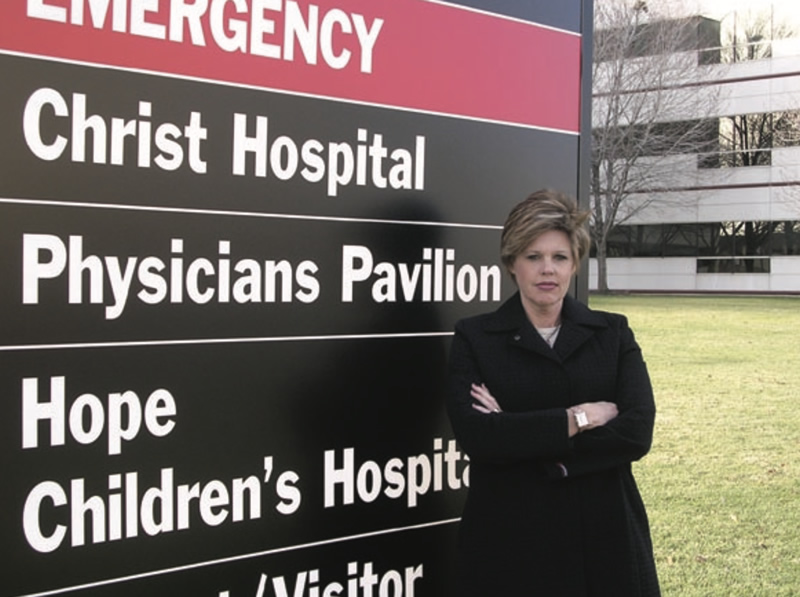 I had been working for a year at Christ Hospital in Oak Lawn, Illinois, as a registered nurse in the Labor and Delivery Department, when I heard in report that we were aborting a second-trimester baby with Down syndrome. I was completely shocked. In fact, I had specifically chosen to work at Christ Hospital because it was a Christian hospital and not involved, so I thought, in abortion. It hurt so much that the very place these abortions were being committed was at a hospital named after my Lord and Savior, Jesus Christ. I was further grieved to learn that the hospital’s religious affiliates, the Evangelical Lutheran Church of America and the United Church of Christ, were pro-abortion. I had no idea that any Christian denomination could be pro-abortion!

But what became most distressing was to learn of the method Christ Hospital uses to abort, called induced labor abortion, now also known as “live birth abortion.” For this particular abortion procedure, doctors do not attempt to kill the baby in the uterus. The goal is simply to prematurely deliver a baby who dies during the birth process or soon afterward.

To commit induced labor abortion, a doctor or resident inserts a medication into the mother’s birth canal close to the cervix. The cervix is the opening at the bottom of the uterus that normally stays closed until a mother is about 40 weeks pregnant and ready to deliver. This medication irritates the cervix and stimulates it to open early. When this occurs, the small second or third trimester pre-term, fully formed baby falls out of the uterus, sometimes alive. By law, if an aborted baby is born alive, both birth and death certificates must be issued. Ironically, at Christ Hospital, the cause of death often listed for live aborted babies was “extreme prematurity,” an acknowledgement by doctors that they caused this death.

It was not uncommon for a live aborted baby to linger for an hour or two or even longer. At Christ Hospital, one of these babies lived for almost an entire eight-hour shift. Some of the babies aborted were healthy because Christ Hospital also aborted for life or “health” of the mother and also for rape or incest. 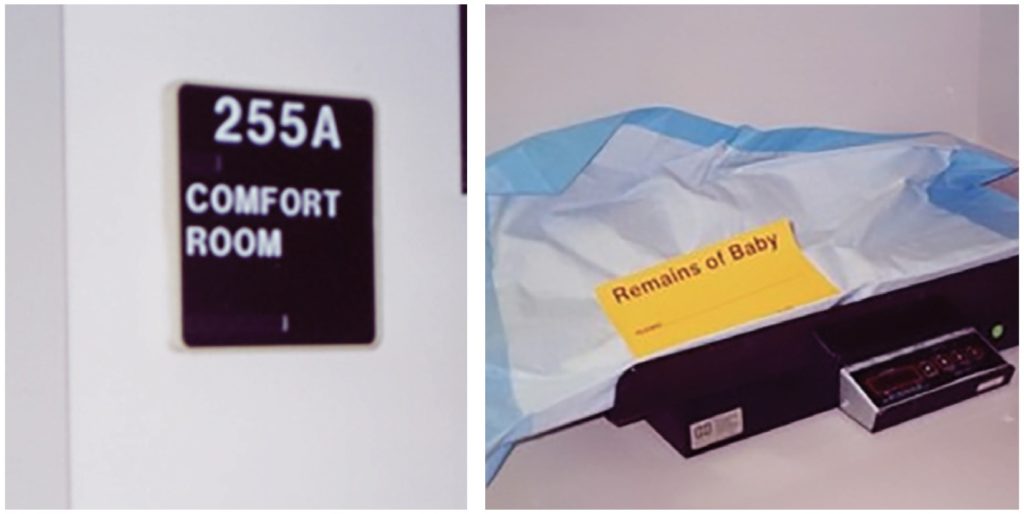 In the event that an aborted baby was born alive, she or he received “comfort care,” defined as keeping the baby warm in a blanket until she died. Parents held the baby if they wished. If the parents did not want to hold their dying aborted baby, a staff member cared for the baby until she died. If staff did not have the time or desire to hold the baby, she was taken to Christ Hospital’s Comfort Room, which was complete with a First Foto machine if parents wanted professional pictures of their aborted baby, baptismal supplies, gowns and certificates, foot printing equipment and baby bracelets for mementos, and a rocking chair. Before the Comfort Room was established, babies were taken to the Soiled Utility Room to die.

One night, a nursing co-worker was taking a baby with Down syndrome who had been aborted alive to our Soiled Utility Room because his parents did not want to hold him, and she did not have time to hold him. I could not bear the thought of this suffering child dying alone in a Soiled Utility Room, so I cradled and rocked him for the 45 minutes that he lived. He was between 21 and 22 weeks old, weighed about ½ pound, and was about 10 inches long. He was too weak to move very much, expending any energy he had trying to breathe. Toward the end, he was so quiet I could not tell if he was still alive. I held him up to the light to see through his chest wall whether his heart was still beating. After he was pronounced dead, I folded his little arms across his chest, wrapped him in a tiny shroud, and carried him to the hospital morgue where all of our dead patients are taken. 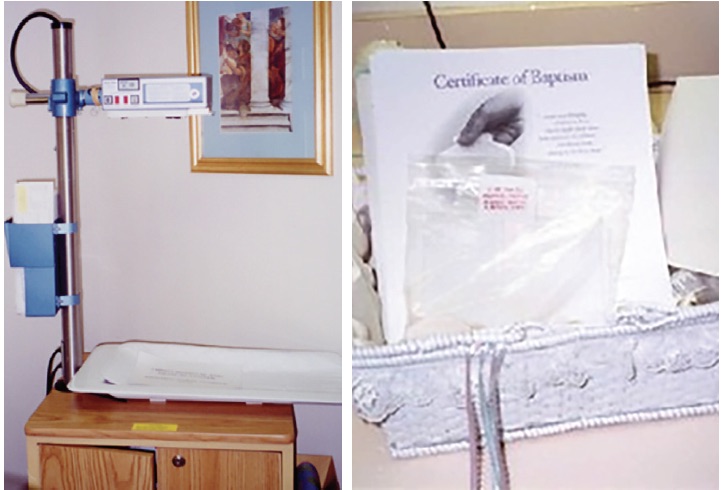 After I held that baby, the weight of what I knew became too much for me to bear. I had two choices. One choice was to leave the hospital and go work at a hospital that didn’t commit abortions. The other was to attempt to change Christ Hospital’s abortion practice. Then, I read a Scripture that spoke directly to me and my situation. Proverbs 24:11-12 says, “Rescue those who are unjustly sentenced to death; don’t stand back and let them die. Don’t try to disclaim responsibility by saying you didn’t know about it. For God, who knows all hearts, knows yours, and he knows you knew! And he will reward everyone according to his deeds.” I decided to quit at that point would be irresponsible and disobedient to God. Sure, I might be more comfortable if I left the hospital, but babies would continue to die.

The journey God has taken me on since I first stepped out in obedience to fight abortion at a hospital named after His Son has been overwhelming! I travel around the country now, describing what other staff or I have witnessed. I have testified multiple times before national and state congressional
subcommittees on behalf of legislation designed to stop this form of killing. 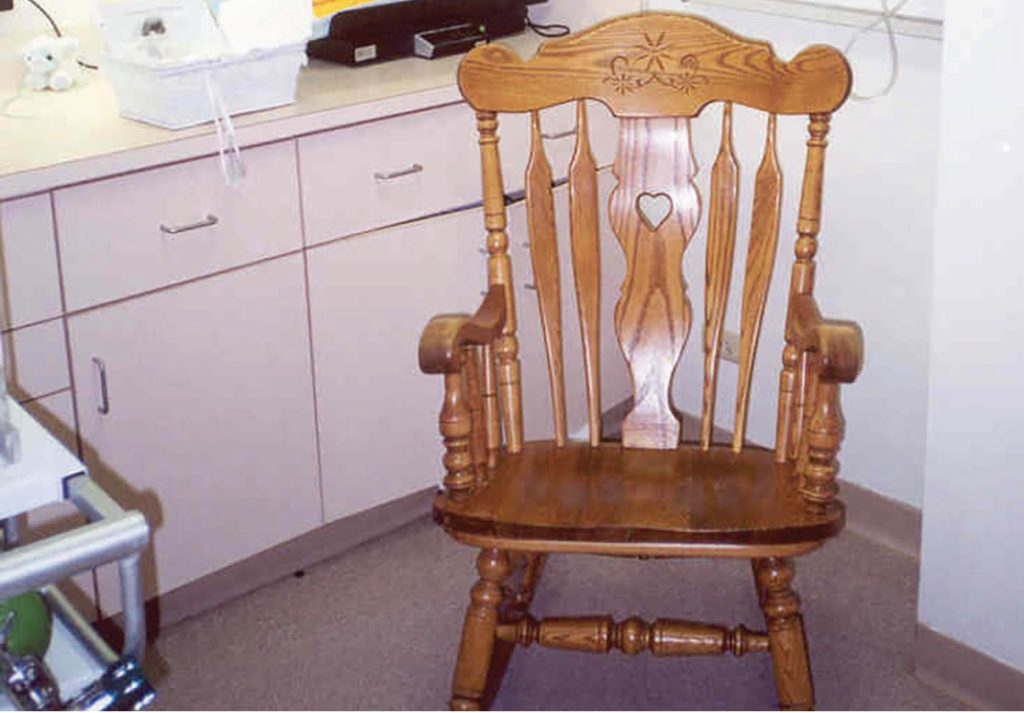 Another nurse from Christ Hospital also testified with me in Washington. Allison described walking into the Soiled Utility Room on two separate occasions to find live aborted babies left naked on a scale and the metal counter. I testified about a staff worker who accidentally threw a live aborted baby in the garbage. The baby had been left on the counter of the Soiled Utility Room wrapped in a disposable towel. When my coworker realized what she had done, she started going through the trash to find the baby, and the baby fell out of the towel and onto the floor.

Other hospitals and abortion clinics have now admitted they commit live birth abortion. It apparently is not a rare form of abortion, but Christ Hospital was the first hospital in the United States to be publicly exposed for committing this form of abortion.

On August 31, 2001, after a two-and-a-half year battle with the hospital, I was fired. I then freely and openly discussed the horrors I had seen with my own eyes. Less than a year later, President George W. Bush signed into law the Born-Alive Infants Protection Act, which establishes that a baby who is “completely expelled or extracted” alive from his or her mother at any stage of gestation, and whether viable or not, is a person worthy of protection. It was an honor for me to be present at the signing of the bill.

But the battle does not stop here, because this practice must still be exposed, and the laws enforced. I can personally testify to the fact that One + God = the majority. Each one of us has a voice we must use to stop the atrocity of abortion.

Jill Stanek serves as the National Campaign Chair for Susan B. Anthony List