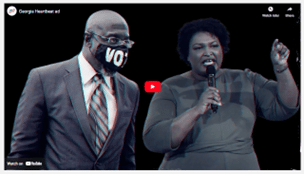 Washington, D.C. – Women Speak Out PAC, partner of Susan B. Anthony Pro-Life America announced today the launch of a $1M television ad buy to call out Georgia gubernatorial candidate Stacey Abrams and incumbent U.S. Senator Raphael Warnock for their abortion extremism. The ad buy will air on cable and broadcast stations throughout the state for one week.

Both candidates back abortion on-demand without limits, including late-term abortions after the point babies feel pain. Abrams recently denied unborn children have heartbeats by six weeks calling the sound pregnant women may hear at doctor’s appointments “manufactured sound.” In a subsequent interview, when asked at what point in pregnancy – if any – she would draw the line, Abrams did not answer but instead claimed that “it is a fallacy we know exactly when a pregnancy starts.” 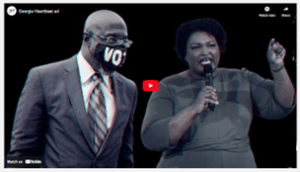 “Stacey Abrams and Raphael Warnock are abortion extremists who are deeply out of touch with Georgia voters. They must be exposed and defeated on Election Day,” SBA Pro-Life America President Marjorie Dannenfelser.

“Not only has Stacey Abrams doubled down on denying the scientific reality of when a baby’s heartbeat can be detected, this week she essentially argued that abortion is a tool to fight rising costs of living for families. Abrams would undo every pro-life protection that Georgians have established for the unborn in the state while Sen. Warnock would work at the federal level to impose abortion on demand without limits nationwide.

“These two couldn’t be more out of step with mainstream Georgia values. That’s why our Georgia ground team, including many hardworking student canvassers, has made more than 365,000 visits to voters to expose Abrams’ and the Democrats’ extremism and secure victory for pro-life champions like Hershel Walker and Gov. Kemp this November.”

The SBA Pro-Life America and Women Speak Out PAC field team has boots on the ground in Georgia and has made more than 365,000 visits to voters to discuss Warnock and Abrams record on life. This election cycle, SBA and its entities plan to reach eight million voters across battleground states – four million directly at their doors – to take back the U.S. House and Senate. To date, this includes more than half a million visits made by student canvassers across several states.