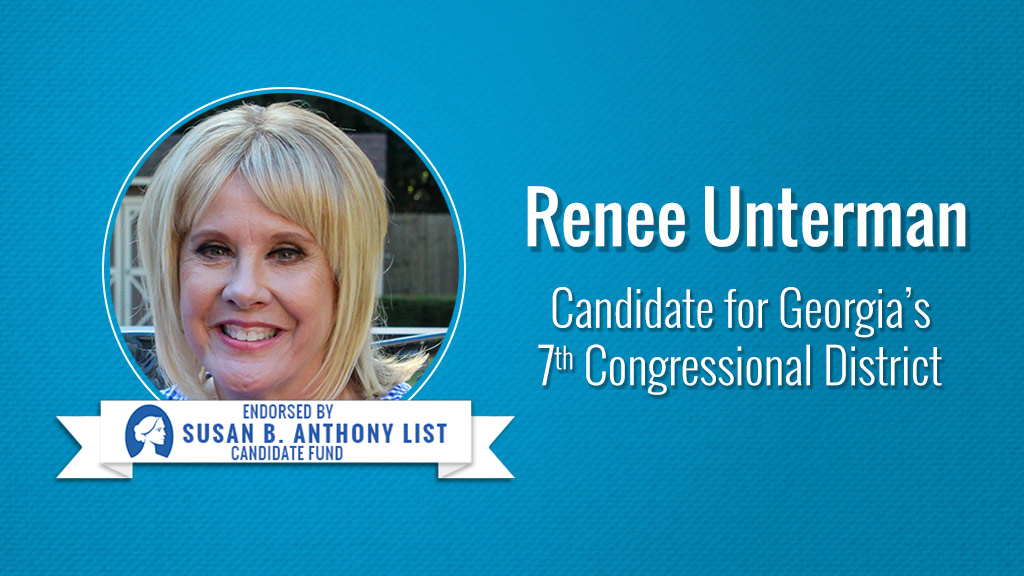 “With the compassion of a nurse and the tenacity of a longtime legislator with experience fighting the toughest battles, Renee Unterman embodies the pro-life, pro-woman leadership SBA List exists to promote,” said Marilyn Musgrave, SBA List Vice President of Government Affairs. “As a state senator, Renee has shown incredible courage in leading the charge to protect unborn babies from the moment their heartbeat can be detected. In her 20 years serving in the state legislature, she has been fearless and principled, becoming the go-to champion of pro-life policies such as legislation to stop late-term abortions after five months of pregnancy when unborn children can feel pain. Her voice could not be more urgently needed in Congress, where she will stand up to the Pelosi Democrats’ radical abortion agenda. We are proud to endorse Renee and urge pro-life Georgians to send her to Washington.”

Renee Unterman is one of the first Republican women to serve in the Georgia legislature, starting in 1998, first in the House of Representatives and then in the Senate from 2003 to the present. She is the author of legislation to protect unborn children from abortion when their heartbeat can be detected, signed into law by Governor Brian Kemp, as well as the sponsor of legislation authorizing grants to pro-life pregnancy centers, signed by then-Governor Nathan Deal. Unterman has a background in nursing and social work. She and her husband live in Gwinnett County.