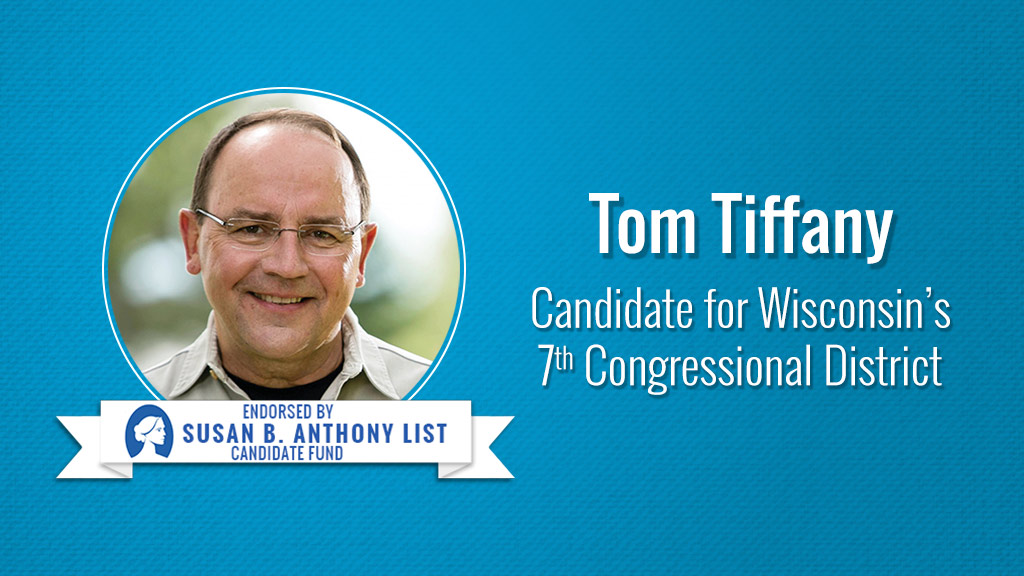 “State Senator Tom Tiffany is a principled pro-life advocate and experienced legislator. We’re proud to endorse him to serve the people of Wisconsin in Congress,” said Marilyn Musgrave, SBA List Vice President of Government Affairs. “As a father of three, Tom knows firsthand the intrinsic value of the unborn child. As a state lawmaker, he has consistently championed efforts to protect the unborn and their mothers, including legislation to stop late-term abortions after five months of pregnancy, a point when unborn children can feel pain. In contrast to his Democratic opponent, who is endorsed by the radical abortion lobby and is dramatically out of step with the district, Tom is a staunch ally of President Trump and will stand up to the extreme abortion agenda of the Pelosi Democrats. We urge Wisconsinites to support him in Tuesday’s special election and hope to work together soon in Washington.”

State Senator Tom Tiffany is a 30-year resident of northern Wisconsin, where he and his wife operated a small wilderness cruise tour business. He was first elected as a state representative in 2011, and after one term was elected to serve in the state Senate representing the 12th District. He and his wife Chris have three daughters and live in Minocqua.