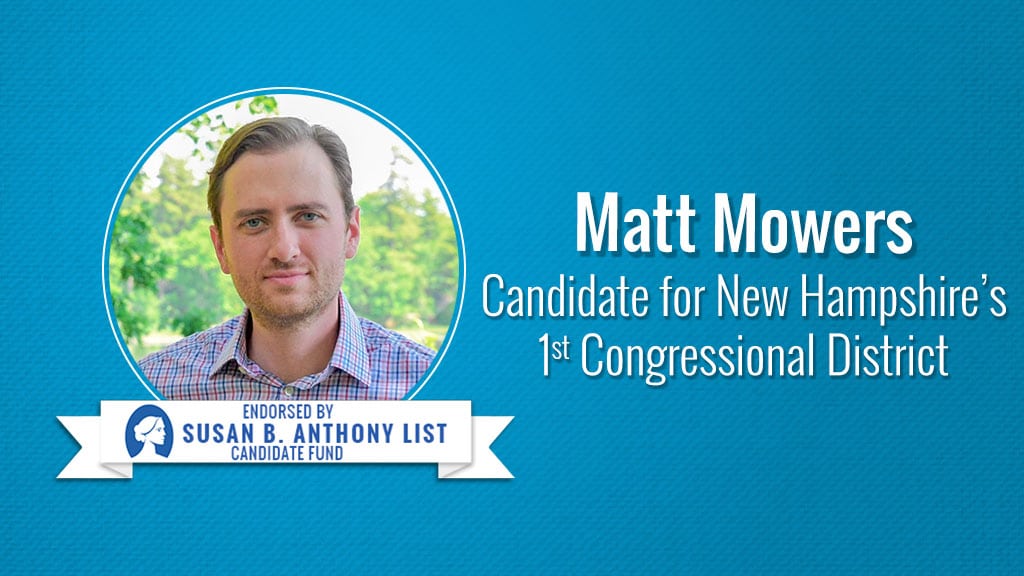 “Matt Mowers is a strong leader who has what it takes to stand up to abortion extremists and defend our Constitution,” said the Honorable Marilyn Musgrave, SBA List’s vice president of government affairs. “Matt’s experience serving in the State Department, where he led global health and humanitarian initiatives and championed freedom abroad, will be an invaluable asset in Congress. He stands unflinchingly for the foundational right to life of every child, born or unborn. In stark contrast, his opponent Chris Pappas is as radical as they come – earning an ‘F’ on our National Pro-Life Scorecard for blocking efforts to stop late-term abortion and infanticide and voting to fund abortion businesses with taxpayer dollars. With life and freedom under attack in Washington, Granite Staters can count on Matt Mowers to fight for them. We are proud to endorse him and encourage voters to support him.”

Matt Mowers has served as a senior advisor at the U.S. State Department, an advisor on the 2016 Trump-Pence Campaign, and as executive director of the Republican Party of New Hampshire. While at the State Department he led the United States’ global HIV program, saving lives and helping millions of children to be born HIV-free. He and his wife Cassie live in Bedford, New Hampshire.