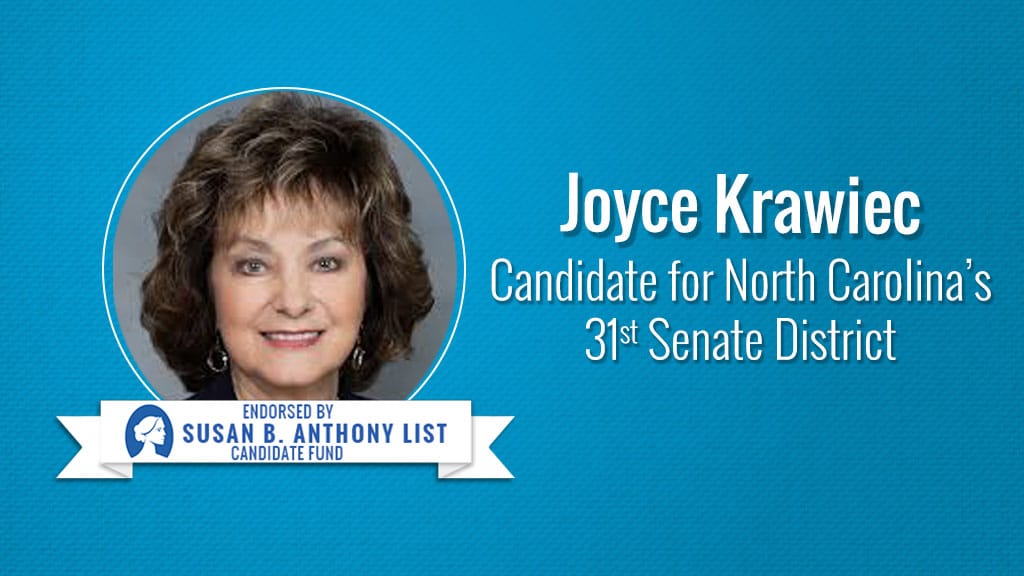 “State Senator Joyce Krawiec is a fearless champion for the most vulnerable among us, born and unborn. We are proud to endorse her re-election bid,” said SBA List Candidate Fund President Marjorie Dannenfelser, a North Carolina native. “In response to extremist Democrats’ efforts in states like New York and Virginia to expand abortion on demand through the moment of birth, and even infanticide, Joyce led the charge to pass legislation protecting babies who survive abortions. This compassionate bill passed both the House and Senate with bipartisan support before Governor Roy Cooper shamefully vetoed it. Terri LeGrand, in contrast, is backed by the radical abortion lobby and will side with the radical abortion lobby and fellow pro-abortion Democrats against her own constituents. The choice is clear: Senator Krawiec deserves the support of all pro-life voters in the 31st District.”

Krawiec is a longtime resident of Kernersville, North Carolina, where she and her husband Ray own a commercial real estate development firm. They have two grown daughters and attend First Christian Church.