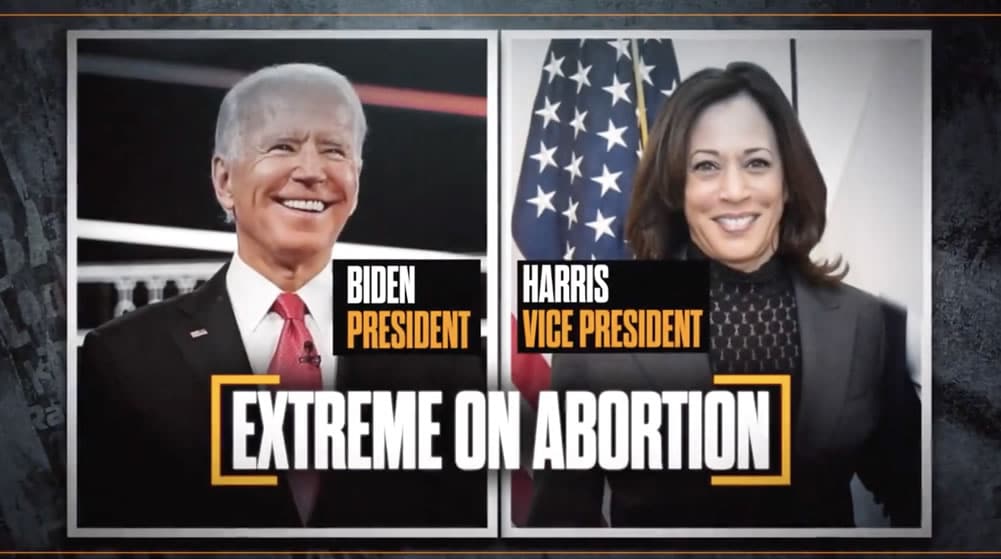 Fact 1: The United States has no federal limit on abortion and is one of only seven countries worldwide to allow elective abortion beyond 20 weeks/five months, and all the way to birth (more).

Fact 2: Joe Biden has pledged to codify Roe into law.

Fact 3: The 2020 Democratic Party platform calls for the repeal of ALL pro-life laws on the books and calls for the codification of Roe.

Fact 5: To date, Joe Biden and Kamala Harris have refused to identify a single restriction on abortion that they would support.