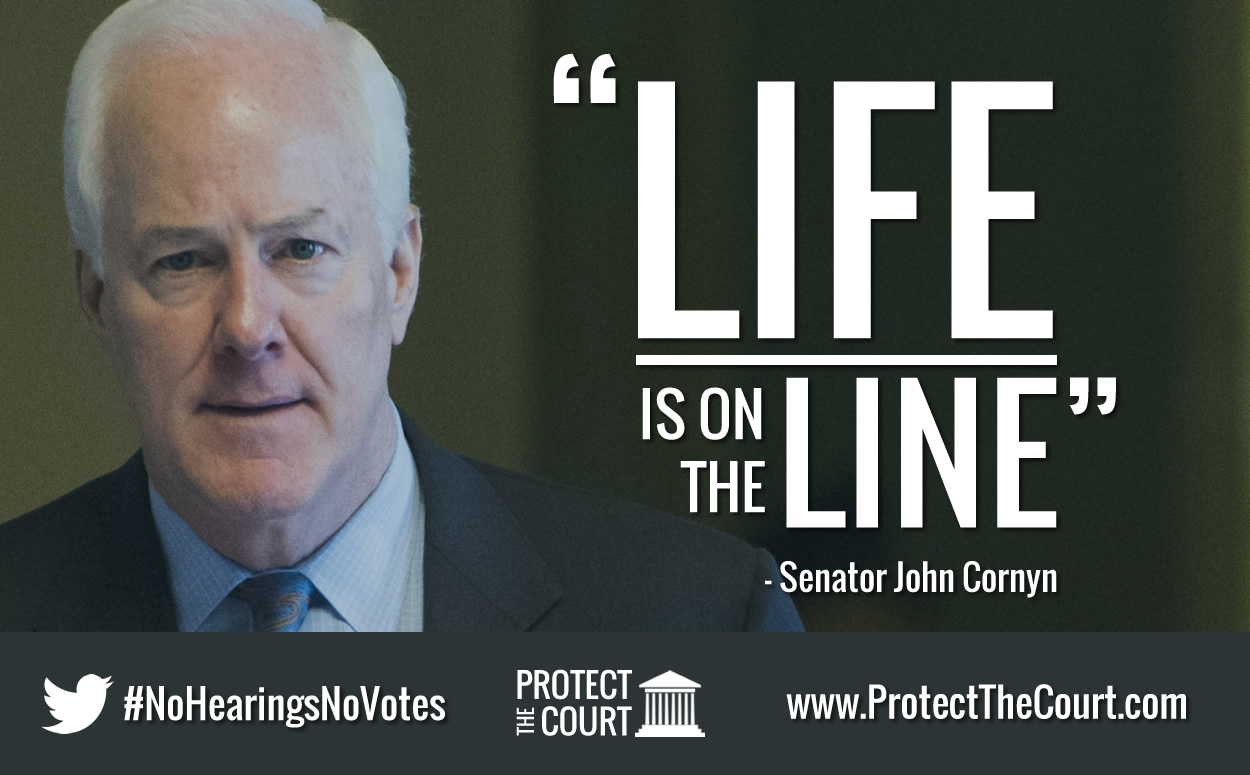 “Senator John Cornyn is a formidable advocate for the most vulnerable, born and unborn. We are proud to endorse him,” said the Honorable Marilyn Musgrave, SBA List’s vice president of government affairs. “A dedicated public servant with a firm belief in the sanctity of life, Cornyn has led the fight to stop late-term abortion and infanticide, and he stands with Texans against taxpayer-funded abortion. As a member of the Judiciary Committee, he has been instrumental in confirming more than 200 constitutionalist judges nominated by President Trump – including Supreme Court Justices Gorsuch and Kavanaugh – during a time of unprecedented obstruction by Senate Democrats. In contrast, extremist M.J. Hegar would side with Senators Chuck Schumer and Kamala Harris in favor of abortion on demand through birth, paid for with tax dollars. We look forward to Senator Cornyn’s victory in the coming election.”

Cornyn was first elected to the U.S. Senate in 2002. From 2013-2018 he served as Majority Whip, the second-highest ranking position in the Senate Republican Conference. His 100% pro-life voting record has earned him an “A” rating on SBA List’s National Pro-life Scorecard.  He is a co-sponsor of the No Taxpayer Funding for Abortion Act, the Pain-Capable Unborn Child Protection Act, and the Born-Alive Abortion Survivors Protection Act.

Born in Houston into a military family, Cornyn’s travels have taken him as close to home as El Paso and as far as Japan. After graduating from St. Mary’s Law School in San Antonio, he served as a state district judge in Bexar County, was twice elected to the Texas Supreme Court and was then elected attorney general. In 2012 he was awarded the Rape, Abuse, & Incest National Network (RAINN) “Crime Fighter Award” and the Children At Risk “Founders Award” for his work to end the rape kit backlog and protect victims of child exploitation. He and his wife, Sandy, have two daughters.