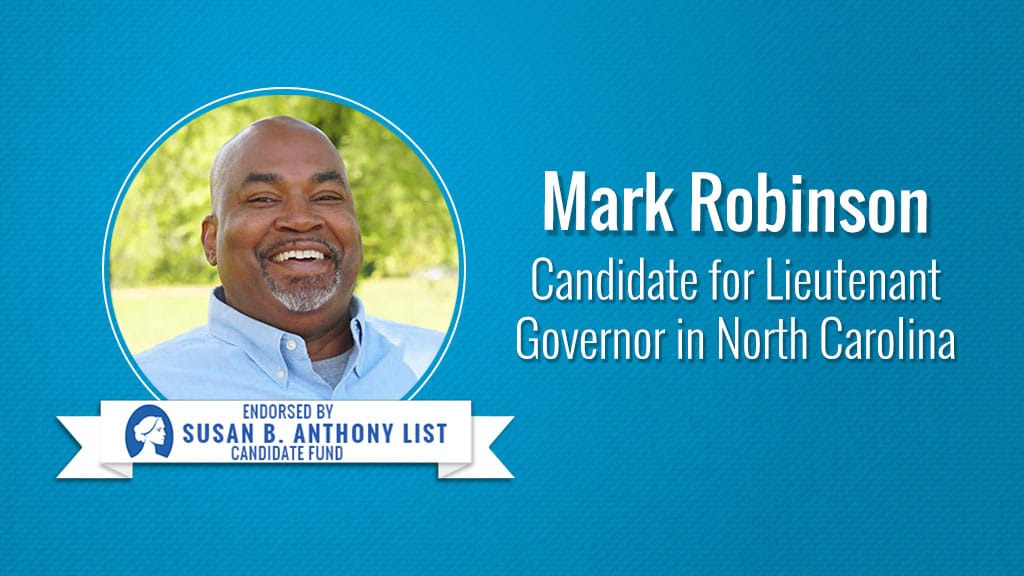 “Mark Robinson is the ideal pro-life leader to serve as North Carolina’s next lieutenant governor,” said SBA List Candidate Fund President Marjorie Dannenfelser, a North Carolina native. “Mark has experienced hardship, but also the transformative power of love and faith. One of ten siblings, born into poverty and growing up in and out of foster care, he has a clear-eyed view of our current system but understands it should not translate into a death sentence for the unborn. He is a compelling advocate for women and families and will work to build culture of life so every child has the opportunity to survive and thrive. In contrast, Yvonne Holley is backed by radical pro-abortion groups and supports abortion on demand through birth without any limits – far too extreme for this deeply pro-life state. We are proud to endorse Mark and urge all North Carolinians to cast their vote for him by November 3.”

Robinson is originally from Greensboro, North Carolina. The ninth of ten children with an abusive father, he and his siblings grew up in and out of the foster care system. After graduating from high school, he joined the U.S. Army Reserve and served as a medical specialist. He has worked in manufacturing and as a general manager in the restaurant business, as well as in education and child care. While working, he studied history at UNC-Greensboro with plans to pursue a Ph.D.

Robinson’s life changed after a video of him delivering an impassioned speech in favor of 2nd Amendment rights at a Greensboro City Council meeting went viral. He currently serves on the NRA National Outreach Board. He and his wife, Yolanda, have two children and one grandchild.