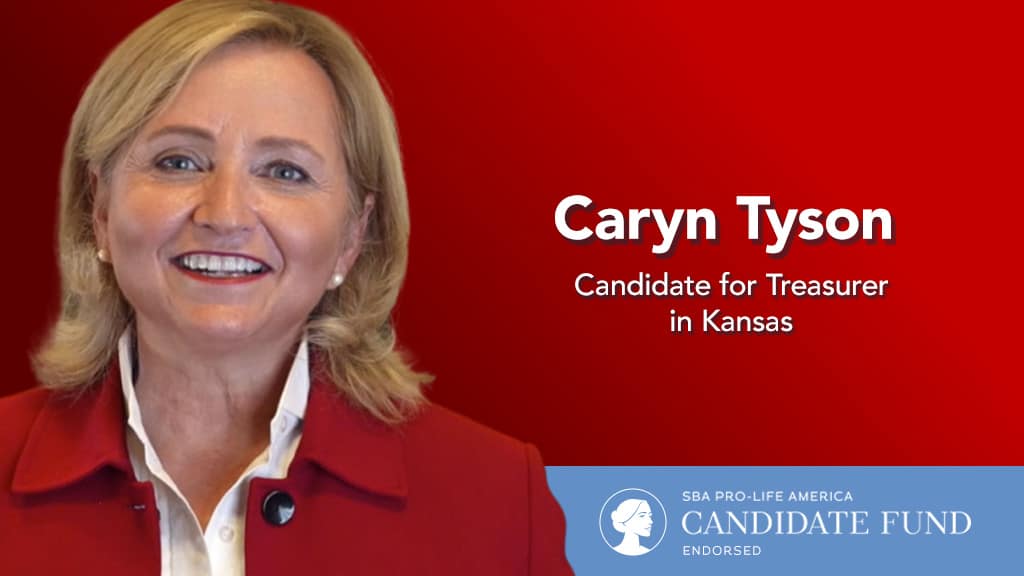 “Caryn Tyson has stood with women, children and taxpayers throughout her public service career and we’re pleased to endorse her,” said Hon. Marilyn Musgrave, SBA Pro-Life America’s vice president of government affairs. “In the state legislature, Caryn successfully fought to end the cruel dismemberment of children in the womb and stop the funneling of taxpayer dollars to abortion businesses. As treasurer she will be a trustworthy steward of Kansas’ resources – most importantly its precious children – not a pro-abortion activist pushing a radical agenda against the priorities of Kansans. With life on the ballot in Kansas and across the nation this year, it’s more important than ever to elect leaders like Caryn at every level of government and we urge all Kansas primary voters to support her on August 2.”

Tyson is a fifth generation Kansan and lifelong conservative. She grew up working at the family business, Glasco Locker Plant, before going on to earn multiple STEM degrees. She worked in the information technology field, including space shuttle support for NASA, for 24 years prior to serving in public office. Tyson was first elected to the Kansas House of Representatives in 2010 and then to the Kansas Senate in 2012, where she continues to serve. She and Tim, her husband of 31 years, co-own Tyson Ranch.