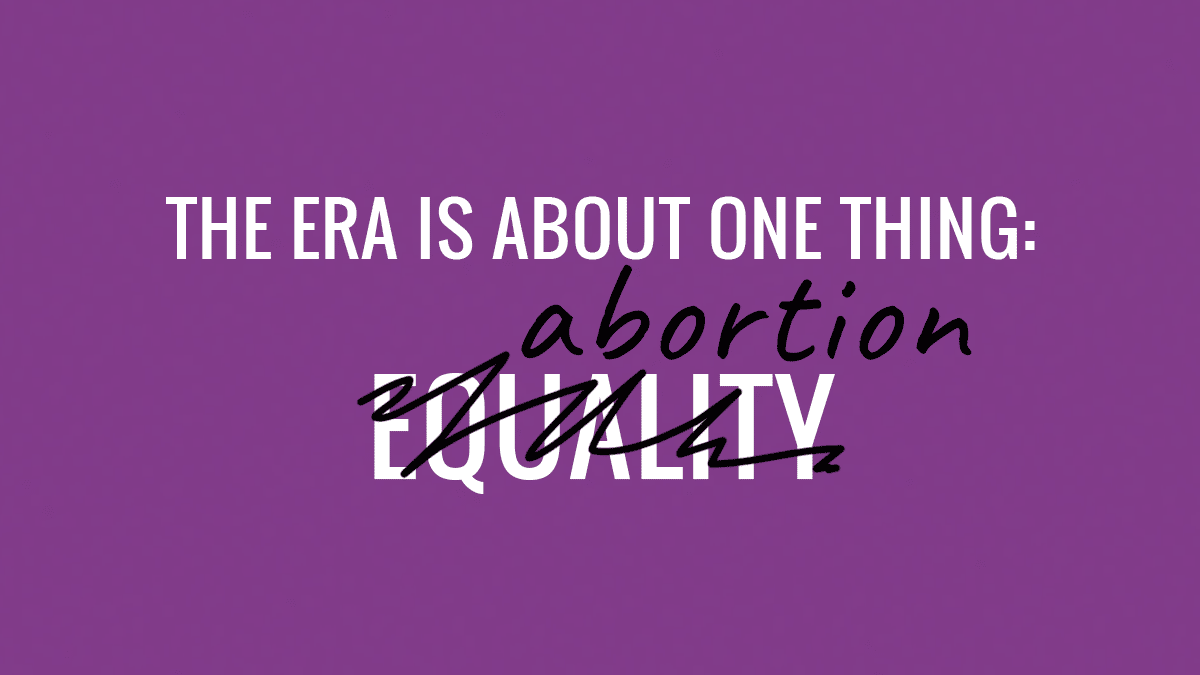 As Written, ERA Would Enshrine Abortion on Demand in the U.S. Constitution

Washington, D.C.  – The national pro-life group Susan B. Anthony List (SBA List) announced today it will score against a resolution intended to erase the deadline to ratify the Equal Rights Amendment, and votes will receive double the normal weight. The organization’s score letter, transmitted to Capitol Hill today, reads in part:

“We stand absolutely opposed to any attempt to revive the Equal Rights Amendment (ERA), which would enshrine a right to abortion into the United States Constitution. Votes will be scored, and double-weighted, in each member’s profile on the SBA List National Pro-Life Scorecard. Even the most egregious laws and regulations can be rolled back eventually, but a constitutional amendment would indefinitely block state and federal legislation to protect the unborn.

“The Equal Rights Amendment to the U.S. Constitution as proposed in 1972 and as interpreted by a wide range of legal scholars, by several lower courts, and even by certain advocates of the amendment, would install a sweeping legal mandate for abortion on demand, funded with taxpayer dollars, into our Constitution.”

“Emboldened by the Biden-Harris administration, radical Democrats will stop at nothing to enshrine abortion on demand in our Constitution,” said SBA List President Marjorie Dannenfelser. “Abortion is the greatest violation of human rights today – the antithesis of equality. Our decision to weigh this vote more heavily reflects the devastating impact the ERA would have on generations of unborn children and mothers, as well as the pro-life movement that exists to advocate for them. Every member of Congress will be put on record and abortion extremists held accountable to the people.”

In January of 2020, the letter explains, the Justice Department Office of Legal Counsel published a decisive opinion stating that the 1972 ERA has expired and that new efforts to ratify it are void and will not be accepted as valid. Earlier this month, an Obama-appointed federal district judge in the District of Columbia ruled in Virginia v. Ferriero that the original 1972 ratification deadline was still valid. Judge Contreras ruled that the recent attempts at ratification by Nevada (2017), Illinois (2018), and Virginia (2020) have no legal effect and cannot be counted towards the required three-fourths states needed to ratify the constitutional amendment.