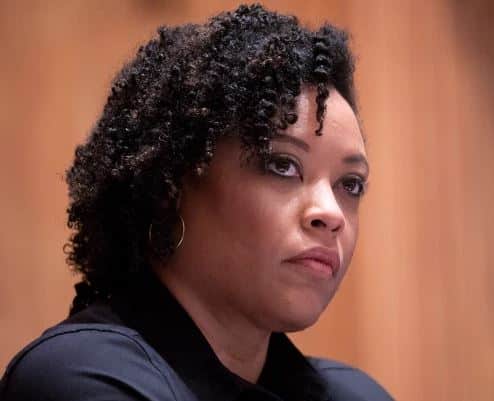 Washington, D.C. – The national pro-life group Susan B. Anthony List (SBA List) today condemned remarks made by Shalanda Young, President Biden’s nominee for deputy director of the Office of Management and Budget, characterizing efforts to repeal the Hyde Amendment and force taxpayers to fund abortion on demand as “economic and racial justice.”

“Shalanda Young’s radical support for abortion on demand ignores the devastating toll of abortion on black communities: an abortion rate four times higher than that of their white counterparts. This isn’t justice – it is a profound injustice,” said SBA List President Marjorie Dannenfelser. “The fact is, the Hyde Amendment saves 60,000 lives every year.

“Young’s views are far outside the mainstream and make her unfit to help lead the agency responsible for implementing the federal budget. The strong majority of Americans, including millions of Democrats and Independents, oppose forcing taxpayers to fund abortion on demand. Moreover, low-income women are more likely to identify as pro-life and support the Hyde Amendment.

“This nominee is just the latest example of Biden and Harris catering to the radical abortion lobby that spent millions to elect them, betraying Biden’s promise to unite the country. We thank our pro-life Republican allies for speaking out in opposition to this completely inappropriate pick. Susan B. Anthony List will work tirelessly to expose the extremism of the Biden-Harris administration and hold them accountable at the ballot box.”